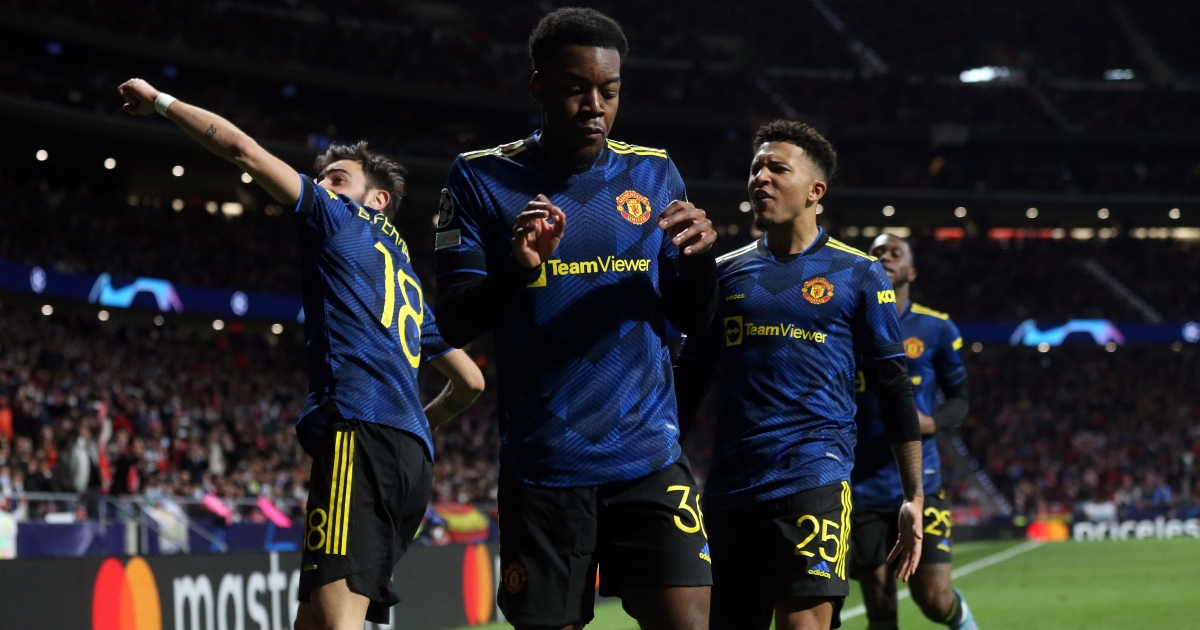 Wednesday’s clash at a rocking Wanda Metropolitano brought together two Jekyll and Hyde sides that stand no chance of ending challenging seasons with domestic honours.

Premier League concussion protocols are not fit for purpose

Man Utd again underwhelmed on Wednesday evening, but teenage substitute Elanga cancelled out Joao Felix’s early bullet header to secure Rangnick’s men what could prove to be an important draw with Atletico.

The interim manager may, in truth, have been satisfied to leave Spain with a narrow first-leg loss given the abolishment of away goals and the fact his side floundered for much of the night.

Felix’s thundering early header gave Atleti a seventh-minute lead and cumbersome Red Devils were breathing a sigh of relief when Sime Vrsaljko hit the crossbar just before the break.

The home fans certainly enjoyed Real Madrid great Cristiano Ronaldo struggling for Man Utd, who would score with their first shot on target in the 80th minute.

Teenage substitute Elanga kept his cool after being put through by Bruno Fernandes and slotted past Jan Oblak, with Antoine Griezmann rattling the woodwork as Diego Simeone’s Atleti pushed for a late winner.

Rangnick made three changes in the Spanish capital, where an incredible din welcomed the players out at the wondrous Wanda Metropolitano.

▪️ “From the first training session, he showed up. I was in my hotel room watching videos of him on YouTube!”.

Atleti settled quickest in the cauldron-like atmosphere, with Jose Maria Gimenez seeing a shot blocked and Felix bending wide before they pierced the United backline in the seventh minute.

Having seen an initial corner cleared, Renan Lodi swung in an excellent cross from the left that Felix raced past captain Harry Maguire to greet with a stunning header that went in off the near post.

The stadium trembled such was the ferocity of the celebrations at a goal that Rangnick’s visitors struggled to respond to.

Fernandes saw a shot deflect behind after fine work by Marcus Rashford, but it was an all too rare moment of attacking coherency as loose passes and a lack of creativity hurt the visitors.

Felix hooked over as Man Utd continued to stumble, especially when attempting to play out of the back, and Lodi lashed into the side-netting.

Simeone’s men went agonisingly close to a second just before half-time. United were caught napping and Lodi’s deflected cross was directed onto the bar by Vrsaljko.

Ronaldo had dragged across the face of goal before that and looked exasperated with the officiating, having felt on the wrong end of several challenges in a half that ended without a booking.

Simeone’s side had half-chances when play resumed but United were beginning to ask more questions, albeit none of goalkeeper Oblak.

Rashford thrashed high into the stands from distance and Jadon Sancho saw a shot blocked.

Rangnick turned to substitutes Aaron Wan-Bissaka, Alex Telles and Nemanja Matic in the 66th minute, but Felix and Geoffrey Kondogbia had attempts to double Atleti’s advantage.

Rangnick brought on Elanga shortly before Ronaldo failed with a well-placed free-kick. A huge cheer met that wasted opportunity but the Metropolitano would soon be silenced.

Reinildo was unable to cut out a Fernandes through ball and substitute Elanga raced through, continuing to slot past Oblak to send the hardy travelling support wild.

It sparked an open end to the match as substitute Griezmann rattled the woodwork and fellow second-half introduction Jesse Lingard tested Oblak, setting up a fascinating second leg at Old Trafford.