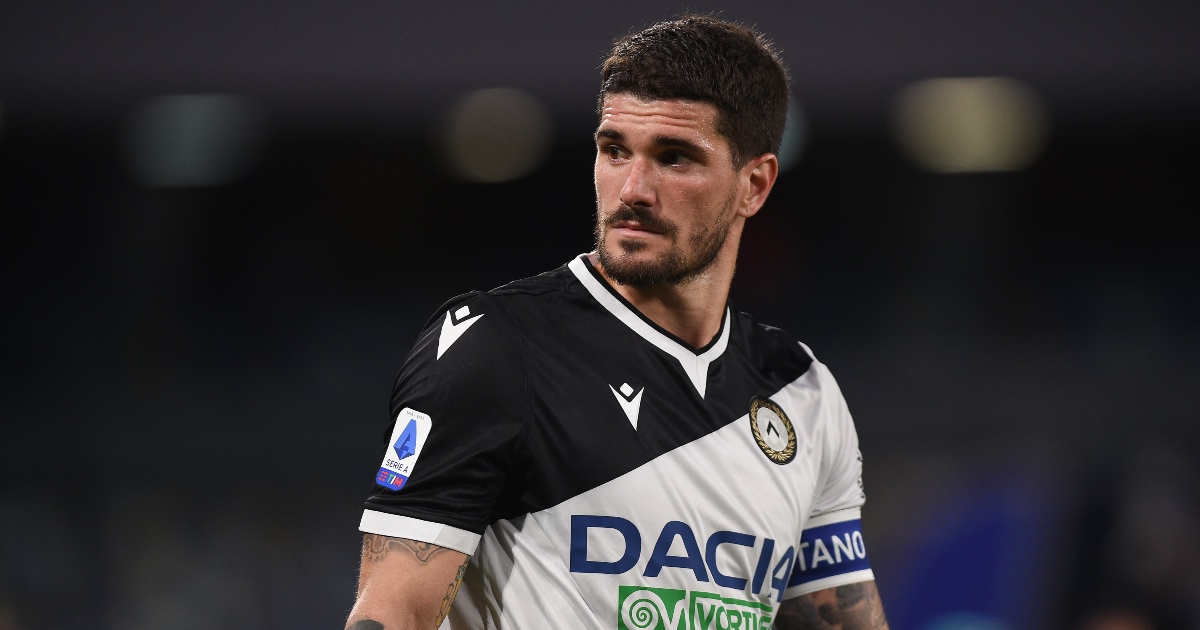 Following months of speculation about his future, Argentinian playmaker Rodrigo De Paul has opted to join Atletico from Udinese.

The 27-year-old has penned a five-year contract shortly after his country’s Copa America triumph over Brazil.

De Paul was heavily linked with Leeds United last year. He was tipped to join Marcelo Bielsa’s side before Liverpool joined the transfer race in January.

Atletico have now secured his signature in a deal worth €35million (£29.9m).

Speaking after the move, De Paul said (via The Athletic): “I’m very happy, I’m going to join the champions of La Liga and I’m conscious of the responsibility it carries. It is a big step in my football career.

“Moreover, because of the timing, just after winning the Copa America… this fills me with strength to meet all expectations.

“I’m a football enthusiast, and because of my experience in Spanish football, I know Atletico Madrid very well.”

The capture of De Paul could allow Saul to join Bayern Munich in a £68m deal.

The midfielder is rumoured to want a new challenge away from Spain, despite being contracted at the Wanda Metropolitano until June 2026.

De Paul is a highly-rated midfielder who could impress in La Liga and the Champions League next term.

He was arguably Udinese’s most important player in 2020/21, registering nine goals and 10 assists in 36 league matches.

He also captained the side for much of the campaign as they finished 14th in Serie A.

In September last year, Leeds were rumoured to have agreed a deal with Udinese for the player.

But ever since Atletico joined the hunt in October a Premier League move has looked unlikely.

De Paul suggested a return to Spain could be on the cards earlier in the season.

Here’s what the midfielder had to say: “I would like to return to Spain. La Liga is beautiful.

“I know there was an interest [from Atletico]. With a coach like Simeone, it draws my attention. I believe they play the dynamic football that I like.

“Every training session seems like an official match for them. In Argentina, we grew up with this attitude.

“It’s an extremely big club, a club who fight for important things and, if it happens one day, I would be happy to go there.”