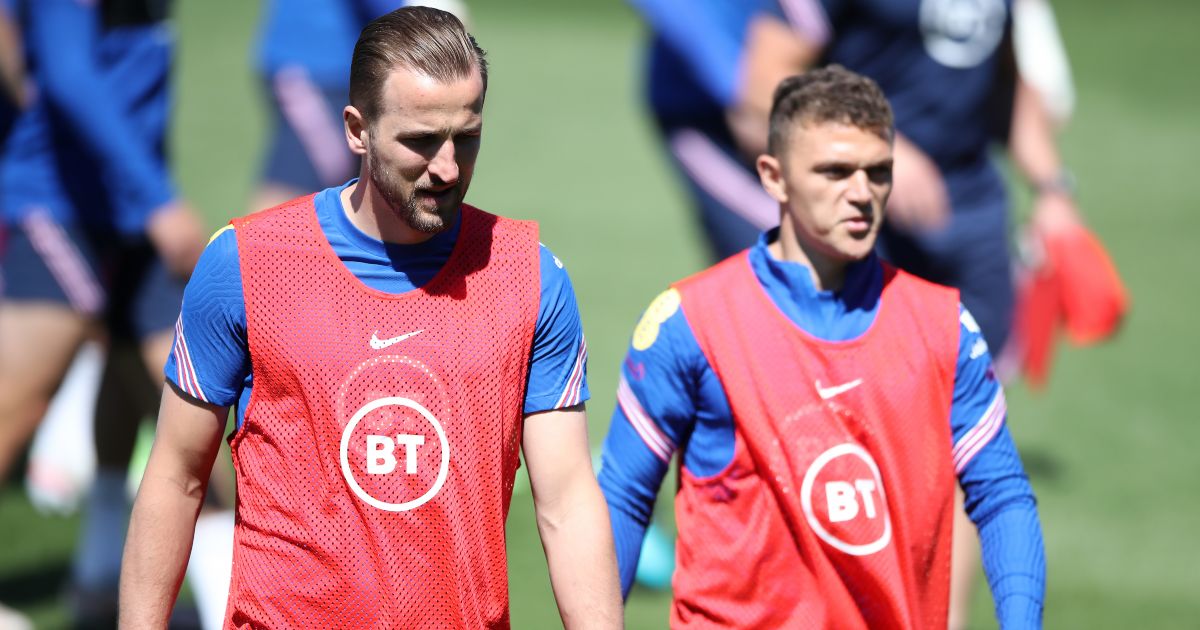 Atletico Madrid are reportedly demanding over three times the amount on the table from Man Utd after being taken aback by the Premier League club’s poor opening offer for Kieran Trippier.

The Red Devils are eyeing up stronger competition for Aaron Wan-Bissaka on the right-hand side of defence with the England international not offering as much attacking threat as they would like.

Trippier has kicked on since joining Atletico from Tottenham in 2019 and has been rewarded this season as Diego Simeone’s side won La Liga on the last day of the season.

And now Man Utd have been heavily linked with Trippier – who is currently on England duty at Euro 2020 – as they look to bring him back to the Premier League this summer.

Reports over the last week have claimed that the Red Devils have tabled an offer of £10m for Trippier despite the La Liga champions wanting closer to £35m for the 30-year-old.

Football Insider claimed yesterday that Trippier has begun ‘house hunting’ in North West England and has told England team-mates that he is ‘keen to return to the Premier League and is likely to end up at Old Trafford.’

Man Utd are ‘expected to return with an improved bid’ and Trippier ‘expects to sign’ for the Premier League club this summer.

And now Spanish outlet Mundo Deportivo claim that Atletico ‘are calm’ despite the opening offer from Man Utd with Trippier’s contract still having two years to run.

Atletico have ‘no intention of selling’ but if Man Utd do want to buy him ‘they will have to put good money on the table and not that initial offer’.

The report adds that Atletico thought their opening bid was ‘ridiculous’ and the Red Devils’ ‘proposal has been received almost as a disparagement’.

The Spanish outfit again point to his ‘termination clause’ of €40m (£35m) but Mundo Deportivo claims that Atletico ‘would be satisfied with’ €35m (£30m).