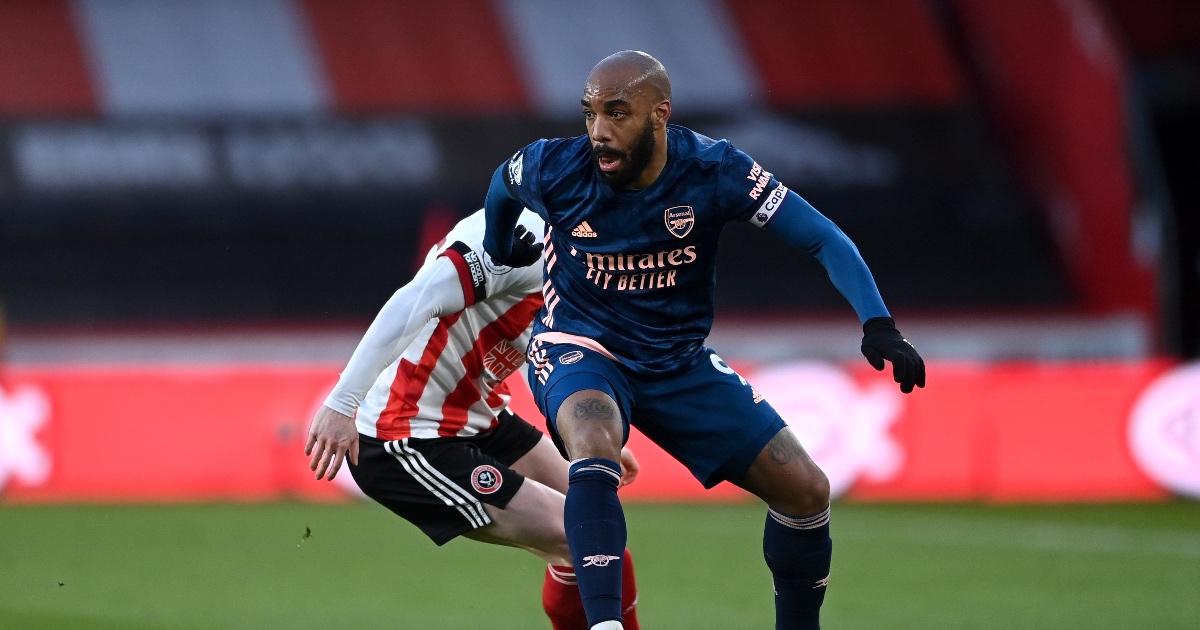 Spanish giants Atletico Madrid are reportedly back in the hunt for Arsenal striker Alexandre Lacazette.

The goalscorer has been linked with a move away from Arsenal after entering the final 12 months of his contract.

He will be eligible to speak with interested clubs in January under the Bosman ruling, so the Gunners have a decision to make.

They recently handed him a £15million price tag, which has alerted Atletico to his situation once again.

According to Calciomercato, Lacazette could be the subject of a bid from Diego Simeone’s side before the transfer window shuts on August 31.

They’re looking for a new striker to partner Luis Suarez next season.

Antoine Griezmann is their top target but talks with Barcelona over a swap deal involving Saul Niguez aren’t progressing.

That means Lacazette could be targeted instead.

The Frenchman enjoyed a decent campaign in 2020/21, scoring 13 Premier League goals in 31 games.

He added to that tally with three strikes in eight Europa League appearances, helping Arsenal to reach the semi-final.

They were ultimately knocked out by Villarreal and former manager Unai Emery, who went on to lift the trophy.

Lacazette was first linked with Atletico in the January window.

Sevilla and Roma were also said to be monitoring his situation, although it seems the two clubs have moved onto alternative targets.

Lacazette could be sold alongside Eddie Nketiah to fund a move for Chelsea striker Tammy Abraham.

The Englishman is edging closer to a Stamford Bridge exit due to the club’s pursuit of Erling Haaland.

Arsenal are keen admirers of the 23-year-old and may attempt to lure him to north London with the offer of first-team football.

He said: “Arsenal have shot themselves in the foot so many times over player contracts.

“Listen, maybe they could get money for him but if he stays he will be integral to how we play next season. He did well all things considered last season.”