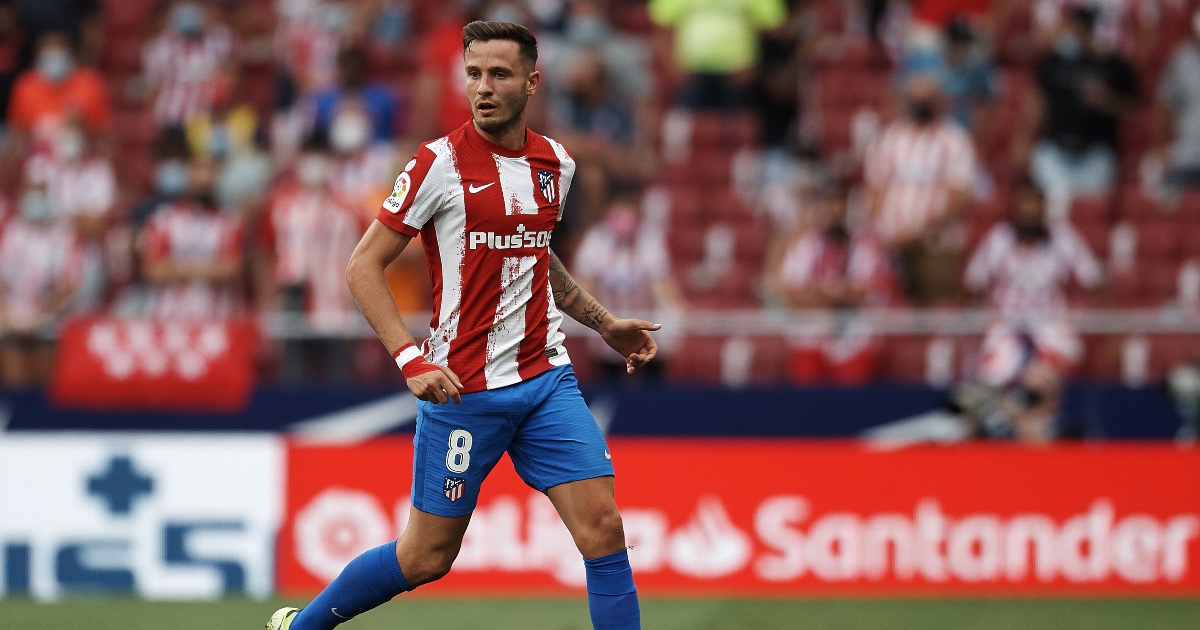 Atletico Madrid midfielder Saul Niguez is keen to join Chelsea before the transfer window closes at 11pm, according to reports.

The 26-year-old has been the subject of plenty of rumours this summer, including regular links with Manchester United.

The Red Devils were supposedly looking at him as a potential reinforcement in midfield.

However, Chelsea are now the frontrunners for his signature. Sky Sports claim that Blues officials, alongside Saul’s representatives, are working hard to get a deal over the line.

They ‘will not give up’ until the transfer deadline has passed, such is the apparent desperation for him to try a new challenge.

Saul is said to be ‘keen to join’ Chelsea. It would give him his first crack at the Premier League, as he has been with Atletico for pretty much all of his career.

David Ornstein of The Athletic also reports on the potential move. He writes that Chelsea are actively working on a season-long loan deal for the Spain international, which will include an option to buy in the summer of 2022.

Saul is contracted with the Spanish giants until June 2026, which means they have no obligation to sell. But there is increasing optimism that he will link up with Thomas Tuchel at Stamford Bridge.

The Blues don’t need Saul, but it would once again represent the embarrassment of riches at their disposal.

Tuchel led them to the Champions League last term, and they have improved their side further with the return of Romelu Lukaku for £97.5million.

He got his second spell with the club off to an exciting start by scoring the opening goal in the 2-0 win over Arsenal.

It looks like Chelsea have turned their attention to Saul after being put off Jules Kounde by Sevilla.

The Spanish side are holding out for €80m (£68.5m), which the Blues are unwilling to meet. They are reportedly €15m short of the valuation.

Sevilla director of football Monchi recently gave an update on the situation: “The only written, formal offer from Chelsea came last Wednesday, around 5pm.