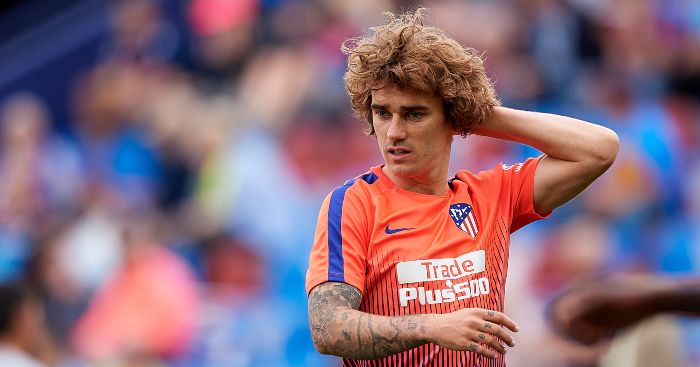 Atletico Madrid will hand Antoine Griezmann a maximum fine of €200,000, with his future still far from certain.

Griezmann seemed bound for Barcelona this summer after stating his intention to end his five-year association with Atletico.

But the move has yet to come to fruition, with Barca yet to match his reduced €120m release clause.

The Frenchman was available for €200m until July 1, when his fee dropped by a whopping €80m.

It was expected that Barca would pay that immediately to land the forward but ESPN FC say ‘nobody has visited the La Liga offices to deposit the money’, with Atletico rejecting Barca’s request for the fee to be paid in instalments.

In a club statement, Atletico expressed their displeasure at both Barca and Griezmann’s conduct over the past few months, demanding that the latter report for pre-season training on Sunday.

He failed to do so however, leaving club officials ‘upset’ and preparing to fine him ‘the maximum allowed under his contract’ – around €200,000.

“Logically a disciplinary process will be opened as Griezmann did not present himself for an official call-up with the club where he is under contract,” a source told ESPN.