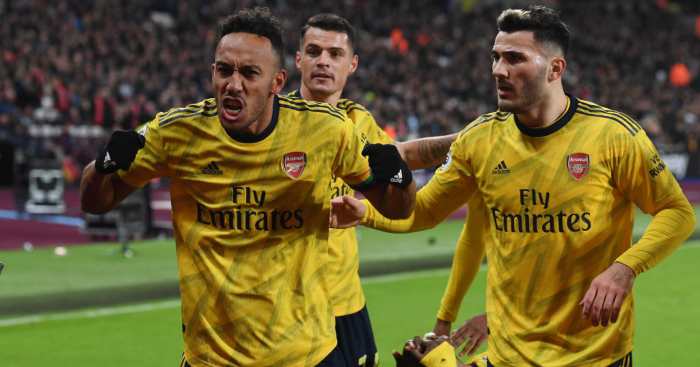 Pierre-Emerick Aubameyang claims that Freddie Ljungberg told his Arsenal players to up the tempo at half-time in their 3-1 victory over West Ham.

The Gunners looked on course for yet another defeat as they fell behind to a fortunate Angelo Ogbonna goal at the London Stadium – but they rallied after the break to record a fairly comfortable victory.

It was the first win under the guidance of interim head coach Ljungberg, who was rewarded for starting Gabriel Martinelli and Nicolas Pepe as both got on the scoresheet before Aubameyang added the third.

“I think we played well in the second half so we are happy to win this game. We tried to put some tempo in the game and to play fast and find spaces, and we did that.

“At half-time, Freddie [Ljungberg] told us to play with a higher tempo. It was tough but we have the quality in the squad, and if we believe in ourselves, we can go forward and win games.

“We will take this second half as an example for the rest of the season.”