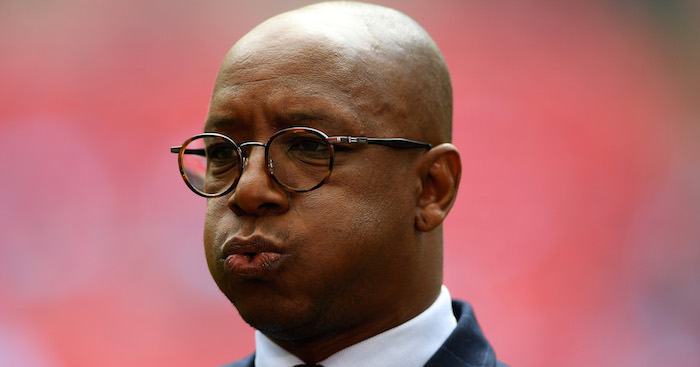 Ian Wright says he is “confused” by Arsenal’s inability to create chances and score goals this season, admitting he feels for star striker Pierre-Emerick Aubameyang.

Arsenal have scored just nine goals in their opening eight Premier League games and Aubameyang has been singled out for criticism having scored just two league goals after signing his new contract in the summer.

Business time: An incredible XI of players who need to talk terms…

And while Wright sympathises with the striker, he claims there was a “telling” sign before Arsenal’s 1-0 victory over Manchester United.

“What I saw the other day was Arsenal’s warm-up before the Manchester United game – there was a shooting session down in the corner,” the Gunners icon told the Wrighty’s House podcast.

“We saw nine shots from the main characters – Aubameyang, (Alexandre) Lacazette, all of them – and every single one of them missed. Even though we beat Manchester United, it was telling.

“If I’m being honest, there’s not many chances being created, which is why I feel so unfortunate for Auba.

“We’re not creating chances but I do not like seeing in a warm-up shooting session, people missing the target, and sloppy shots. All those things make you look into the team and what’s going on.

“I’m confused with what’s going on. It seems like we’ve got a manager who will not tolerate anything other than the best the players have got to give. So I’m really confused at the minute.

“They should be doing everything they can in warm-ups to get into the habit of scoring goals.”