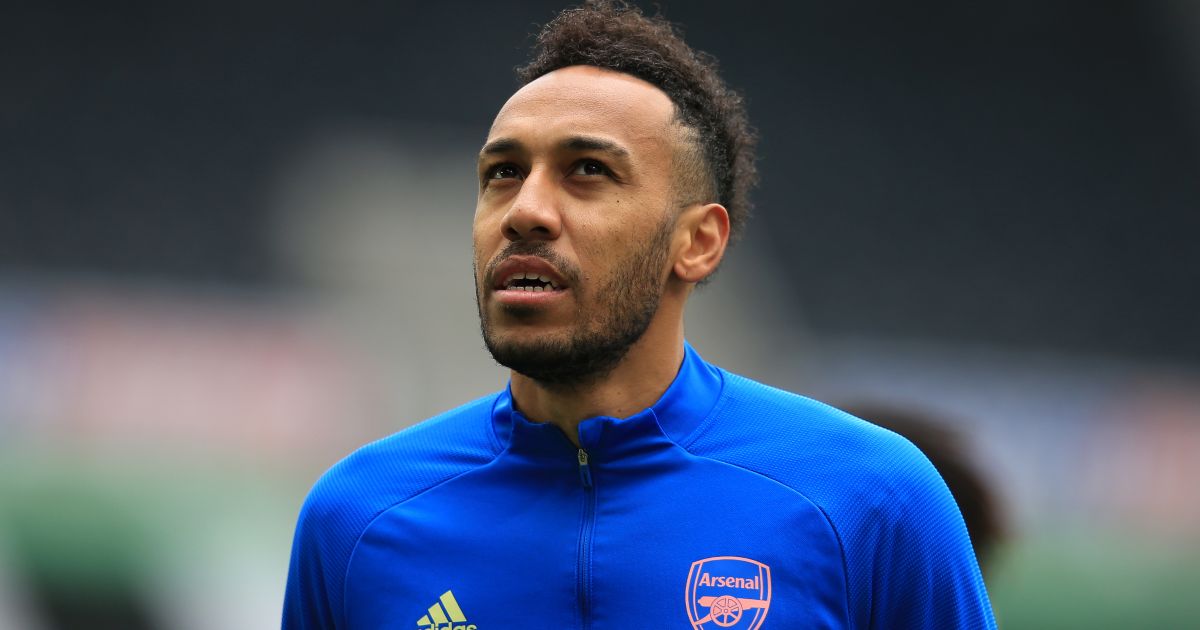 Aubameyang was axed after breaching pre-match protocol and remained an unused substitute as Arsenal came from behind to beat rivals Tottenham 2-1.

He then left the Emirates Stadium instead of joining his fellow substitutes for a warm-down session on the pitch.

Speaking ahead of their Europa League semi-final second leg against Villarreal, Aubameyang opened up on the incident, he said: “It was a bad moment but this was my feeling after the game, ‘we won the derby’ and this is it. It is part of this season and now it is gone.

“We just have to look forward. Of course I regret some things this season, definitely yes.”

Aubameyang has struggled to hit top form this season after an impressive 2019/20 campaign in the Premier League with a number of issues stopping him in his tracks.

Aubameyang told reporters he feels “90 per cent” physically, “in my mind I am over 100%.” Adding: “I had some issues on and off the pitch but I am feeling confident for the end of the season.

“When I had this issue with my mum, the club were really kind to me and they let me go to see her. It was a really nice thing from the club. It has been a difficult year because I am used to seeing my family quite often.”

The striker contracted malaria – losing 4kgs in the process – while on international duty with Gabon, but recovered in time for their 2-0 win over Newcastle on Sunday.

Aubameyang reveals he lost 4kgs while suffering with malaria. Said his family were “scared” to see him like that.

Aubameyang continued: “This was the worst moment of being sick in my life. It was really hard. I had 3 days in a row, fever, all day and all night, non-stop. Even the paracetamol had no effects on this. After that, I spoke to the doctor. I said I needed to go to the hospital.”

The former Borussia Dortmund striker will face former Arsenal boss Unai Emery tomorrow night when Arsenal try and overturn a 2-1 deficit in the second leg of their Europa League semi-final.

But despite Villarreal’s narrow victory at El Madrigal, Emery insists he still sees Arsenal as favourites to progress into the final in Gdansk on May 26.

“I consider the first-leg result does not change how I see the initial competition,” Emery said.

“Arsenal started as favourites and they are still favourites at this stage. We will try to compete against this kind of team – those favourite teams – but the first-leg result is really narrow to make anything change.