Home Home Page Front Page Aubameyang opens up on Arsenal future: ‘They have the keys’ 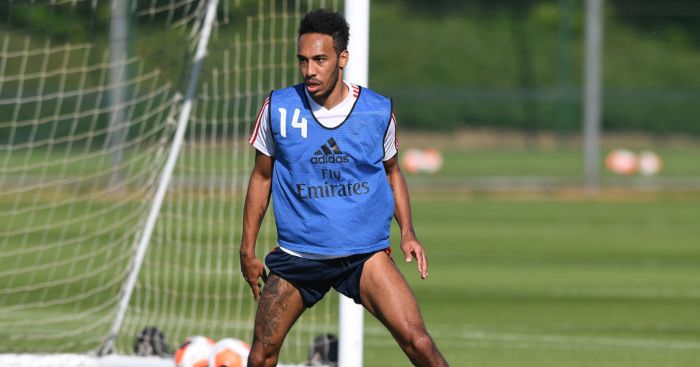 Pierre-Emerick Aubameyang claims Arsenal “have the keys” to decide his future at the club, insisting “nothing has been decided”.

The 30-year-old has been linked with a move away from the Emirates in recent months, as he enters his final year at the club.

But the Gabon international insists nothing has been agreed as he prepares to make “the most important decision” of his career.

“Recently I haven’t received an offer but of course there have been discussions with the club for a fair few months now,” he told French outlet Telefoot.

“And they know very well why so far nothing has happened. It’s them [the club] who have the keys and for them to do their work. Afterwards we will see how things go.

“It is a turning point in my career, and I will be very frank with everyone, it will be of course a very difficult decision to make because I have still not decided.

“It is possibly the most important decision of my career. To be clear, nothing has been decided.”

The former Dortmund striker also admitted his desire to challenge for trophies as he enters the latter stages of his career.

“Of course [I see titles in the future],” he continued.

“Every player that is a competitor dreams of winning titles, it is important. Afterwards, everyone will ask the question if you want to win [them] at Arsenal or elsewhere.

“As I said, it is the future that will tell us [that]. But I am hungry to win titles. That is clear and everybody knows it.”