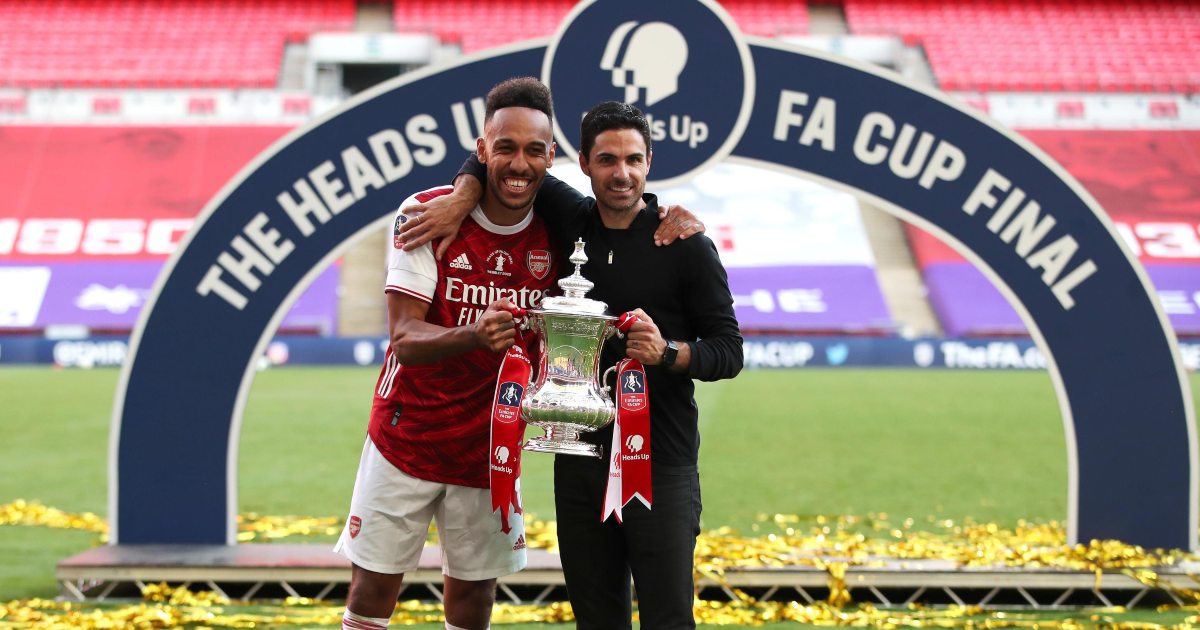 Pierre-Emerick Aubameyang dominates the news again. And now he has an ally he might not have wanted…

Auba the hills and far away
Amid almost universal support for Mikel Arteta taking a stand against his captain Pierre-Emerick Aubameyang’s tardiness, there is one lone voice describing his actions as ‘rank idiocy’. Yes, ‘rank idiocy’ for dropping a player to the bench for a breach of discipline. That man is of course Stan Collymore in the Daily Mirror.

Elsewhere in the same newspaper, John Cross writes that ‘it was not Aubameyang’s first offence of being late’ and that ‘other Arsenal players believed it was the right course of action because there should not be different rules for stars and the rest of the squad’. Obviously they are fools because it is actually ‘rank idiocy’ to set some rules and then stick with them.

Collymore has some previous with Arsenal and Arteta this season – from writing them off as title challengers in September when nobody actually thought they were title challengers, describing them as having the spine and bottle of a jellyfish’ in November  and then claiming in December that Arteta would have been sacked if he were an Englishman. In February he advocated for Brendan Rodgers to replace Arteta at Arsenal. That Arsenal won 3-1 at Leicester that very same day was particularly delicious.

Arsenal are now unbeaten in five games that have included that win over the Foxes, Europa League advancement and an impressive 2-1 win over Tottenham in the north London derby. So obviously it’s the perfect time to stick the boot in again.

‘Arsenal do make me chuckle.

‘They’re an easy-on-the-eye team of perfectly nice kids but, as I’ve laboured on about for an age now, they are largely devoid of personality.

‘And when they do buy someone with a bit of zest in his locker — someone who comes replete with gaudy jewellery, holographic supercars and the sort of rascal clobber that would have made even Gianni Versace wince — they make him their highest-paid player and captain, and then drop him from a derby for tardiness.

Or it’s excellent leadership. Take your pick. And the idea that being persistently late is somehow evidence of a ‘personality’ that should be encouraged is an absolute nonsense. We would call it rank idiocy but that would be rude.

‘Arsenal knew what they were getting when they bought Pierre-Emerick Aubameyang and, at his goalscoring best, of course they will have been willing to let any idiosyncratic behaviours slide.

‘But in an average team in an average position with a manager who yet to prove he’s anything but average, all of a sudden the striker’s behaviour is a problem that needs addressing.’

Clearly, the concept of persistent offending is lost on Collymore, who obviously missed Arteta taking similar disciplinary action against Matteo Guendouzi and Mesut Ozil. Oh and how odd that Arteta is ‘yet to prove he’s anything but average’ despite winning a trophy but Frank Lampard was ‘the brightest English coach to emerge for a generation’ and was guaranteed to deliver the title. Actually guaranteed.

‘I’m sure that, reluctantly, Aubameyang will have understood he’d made a mistake but, when Arsenal go on a bad run later this season or sometime next year and Arteta is under pressure, will he want to do everything he can to help his manager out?’

Maybe not. Though that attitude really would make him a dick.

But perhaps the rest of the team will be more willing than ever to help out a manager who treated their captain exactly as they would expect to be treated themselves.

You’re travelling through another dimension…
Stan Collymore obviously wasn’t finished there; he also has a beef with the penalty awarded to Arsenal. Of course he does.

‘We’ve now entered the Twilight Zone in refereeing decisions with a penalty given not for attempting to or indeed stopping a player from getting a shot off, but for a clumsy, after-the-event foul.

‘The whole point of a penalty is that someone has been denied an opportunity to score or shoot, which didn’t happen.’

Pesky fact: No it’s not.

We’ve now entered the Twilight Zone where nobody seems to know or care about the actual rules anymore.

Everything’s a Mes
In The Sun, Dave Kidd shouts at the clouds as he writes that ‘WHEN he turned up for Sunday’s derby, Arsenal captain Pierre-Emerick Aubameyang was driving something called a ‘holographic chrome-wrapped Ferrari through north London.

‘It sounds like a fast motor, the traffic is hardly gridlocked, and there really isn’t much else to waylay one during lockdown.’

If anyone is wondering why Aubameyang was disciplined for being late for the match today, this is him stuck in traffic at 12.04 in Muswell Hill! #ARSTOT pic.twitter.com/T3TlF1SX8f

‘Striker Aubameyang, 31, is on a three-year contract worth £55million. Good to see lessons have been learned from the Mesut Ozil fiasco.’

Exile on Mainly Crap St
‘MASON GREENWOOD is facing Euro heartbreak with England’s seniors after being included in the Under-21 squad instead,’ writes Jeremy Cross in the Daily Mirror.

After four goals all season, he’s bloody lucky to even make the Under-21 squad; if he is ‘facing Euro heartbreak’ then he is not living in the real world.

Oh and he has not been ‘exiled’ since he was axed by Gareth Southgate in September; he was left out of the squad in November because he had not scored a single Premier League goal.

Can we all stop pretending that a young Manchester United striker has a divine right to an England squad place, please?

Formation dancing
Mediawatch is not exactly opposed to Dave Kidd’s idea in The Sun that England should abandon their 5-3-2 formation for a 4-2-3-1, though not mentioning that England won their last game 4-0 with that system seems a tad on the sly side.