Home Arsenal Aubameyang: Arteta was the ‘only problem’ after Arsenal exiling 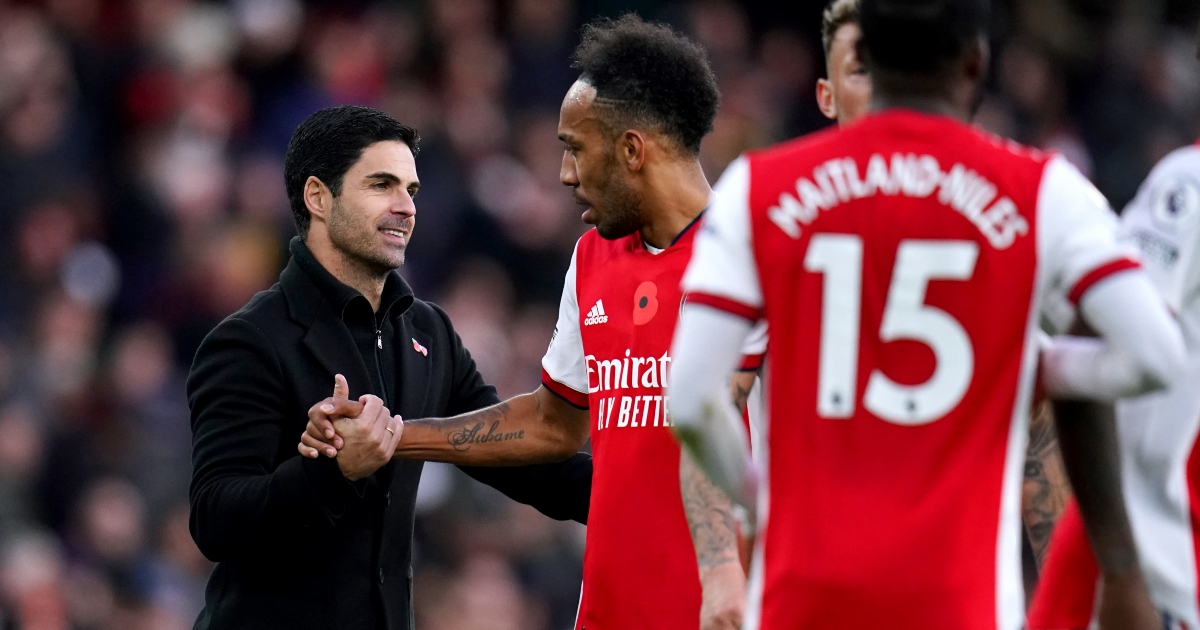 Pierre-Emerick Aubameyang insists ‘his only problem’ at Arsenal was with manager Mikel Arteta after the striker’s departure to Barcelona.

The Gabon captain joined the Gunners from Borussia Dortmund in January 2018 and won one FA Cup with the club.

His time at the club came to an end on Monday after he penned a three-and-a-half-year deal with Barcelona.

Aubameyang’s exit came after he fell out with Arsenal boss Arteta. The 32-year-old was stripped of the captaincy in December following a disciplinary breach.

The loss at Everton on December 6 was his final appearance for the north Londoners and the forward was also forced to train by himself.

During his Barcelona unveiling, Aubameyang opened up on his difficult Arsenal exit, revealing that his only problem was with Arteta.

He said (quotes via The Athletic): “My last few months at Arsenal were complicated, that’s football sometimes.

“For my part, I never wanted to do anything wrong. My problem was only with Arteta. I can’t say much more, I wasn’t happy.

“It was just him and he made that decision. He wasn’t happy, I can’t tell you more. He wasn’t very happy, I was very calm.

“Those were difficult months. This is football. I’ve never wanted to do anything wrong, it’s the past and I want to think about the present.”

On joining Barca, Aubameyang continued: “I really wanted to come here, that’s why I came in the morning, because I wanted to get things done. We waited until the last moment because it was a bit difficult with Arsenal but in the end I’m here.

“It was a very long day, crazy. We signed two minutes from the end. It was very long, I was with my dad at his house hoping that everything would be fine.

“In the end they called me in the afternoon to go do the medical check-up and I went very happy. A little stress at the end but all good.

“I’ve always had the dream of playing in La Liga. It’s an incredible opportunity for me.

“This is the chance of a lifetime. Everyone knows that Barca is one of the best clubs in the world. I’m very happy.”