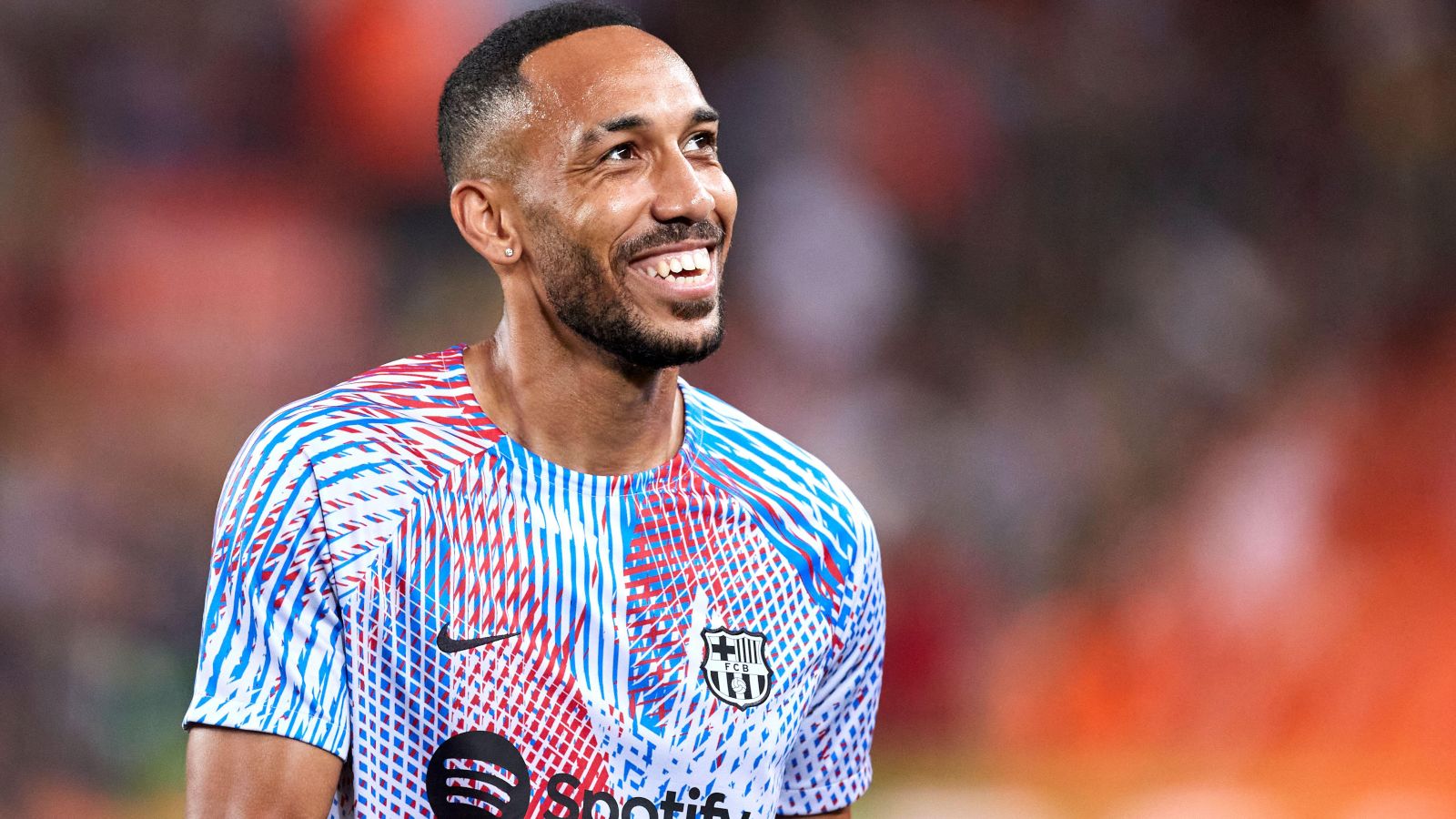 Former Arsenal captain Pierre-Emerick Aubameyang is back in London after completing his deadline-day switch to Chelsea.

Aubameyang only left the Emirates Stadium for Barcelona in February after his contract was terminated following a falling-out with manager Mikel Arteta.

He scored 11 goals in 17 LaLiga appearances for Barca but, with their financial issues meaning they needed to ship players out, he was available should another club come in for him.

Arsenal’s London rivals Chelsea were that club and the 33-year-old Gabon forward has been reunited with Blues boss Thomas Tuchel, his manager at Borussia Dortmund.

Aubameyang has agreed a two-year contract at Stamford Bridge to become the Blues’ sixth senior signing of the transfer window.

Aubameyang said: “I’m really happy. It’s an honour to be part of this team and I can’t wait to start. I have some unfinished business with the Premier League so it’s good to be back and really exciting.”

But Chelsea weren’t done there as they added Denis Zakaria too, with the midfielder joining from Juventus on loan for the remainder of the season.

A statement on their website read: ‘Swiss international Denis Zakaria has joined Chelsea on loan from Juventus for the remainder of the 2022/23 campaign, with an option of a permanent transfer at the end of the season.

‘The 25-year-old is a strong and energetic midfielder who is robust in the tackle and a fine passer of the ball. Zakaria rose to prominence in the Bundesliga with Borussia Monchengladbach, where he was most often deployed in a defensive midfield role. He can also play further forward or in the centre of defence.’

On move to Stamford Bridge, Zakaria said: “I want to say hi to all the Chelsea fans. I’m very happy and proud to be a Blue and I cannot wait to see you soon at Stamford Bridge.”

Chelsea owner Todd Boehly added: “Denis is a talented midfielder with lots of quality and skill. He will add depth and range to our squad this season, and we are looking forward to watching him play in Chelsea blue.”