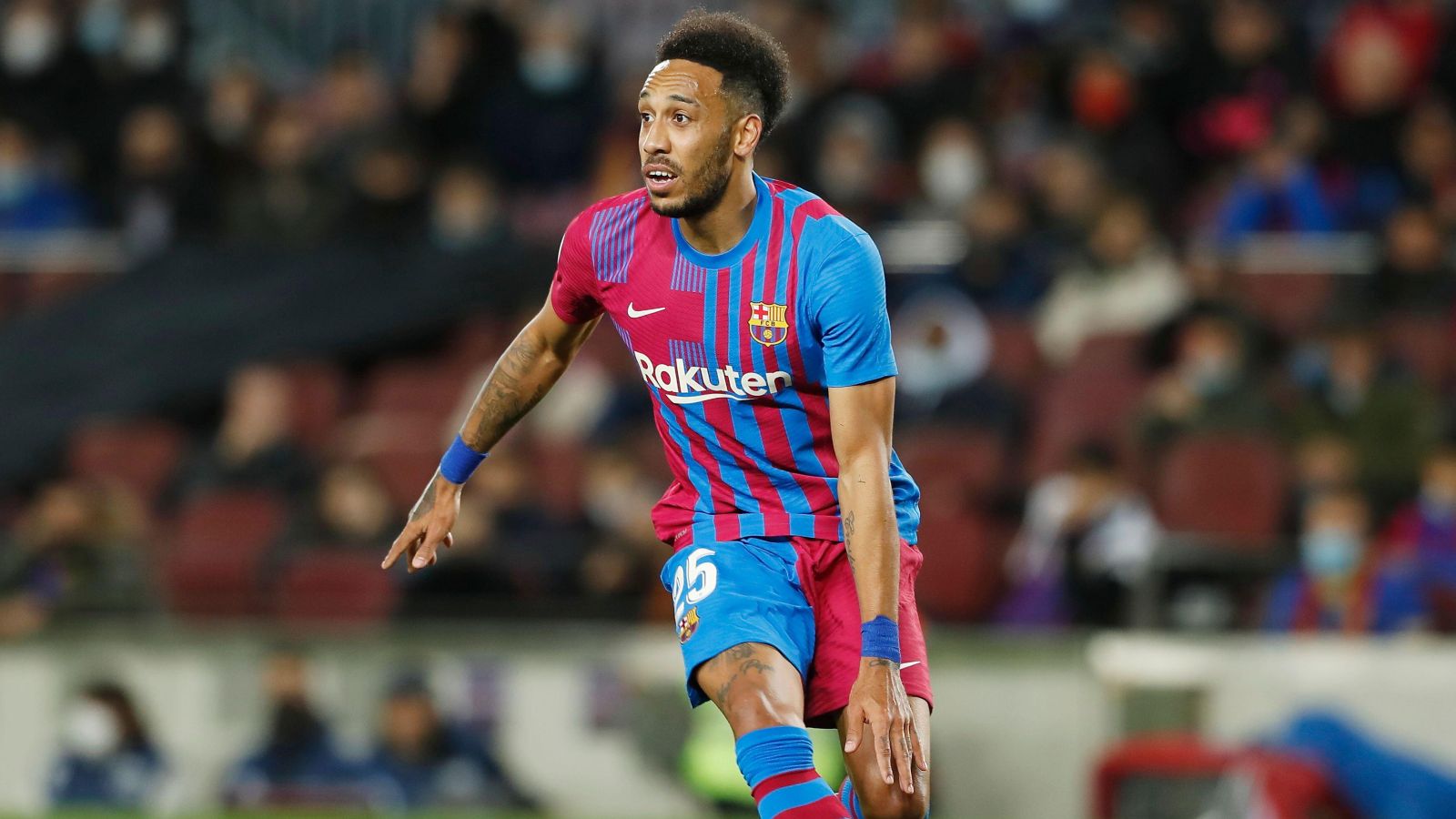 Pierre-Emerick Aubameyang is reportedly ‘focused’ on a move to Chelsea, who have made a €27m to sign him from Barcelona.

The former Arsenal striker has emerged as a priority signing for Blues owner Todd Boehly this summer as he looks to bolster manager Thomas Tuchel’s forward options.

READ MORE: Anthony Gordon to Chelsea is a £50m transfer that suits absolutely nobody

Aubameyang only joined Barcelona in January, scoring 13 goals in 23 appeareances having been jettisoned from the Arsenal squad by Mikel Arteta for various disciplinary problems.

But Tuchel – whom the Gabon international scored a whopping 79 goals in 95 games under in their time together at Borussia Dortmund – insisted last week that he never had any problems with the striker.

Tuchel said: “I enjoyed working with him a lot, it was a pleasure. I’ve never had any issue.

The Chelsea boss didn’t rule out a move for Aubameyang and reports suggest he continues to put pressure on Boehly to complete the deal.

And Spanish footbal journalist Gerard Romero claims, via BarcaTimes, that Chelsea have made an opening bid of €27m (£22.8m) for the 33-year-old.

It’s not clear whether that bid has been rejected or not as yet, but Fabrizio Romano claims there will be ‘new direct contacts on Thursday to discuss personal terms conditions’.

The transfer expert says Aubemeyang is ‘focused on Chelsea bid as he wants Champions League football’.

That’s in reference to a rumour of interest from Manchester United on Wednesday.

Erik ten Hag, like Tuchel, is keen to add firepower to his ranks before the close of the window, perhaps with a view to getting rid of Cristiano Ronaldo, who continues to be linked with the Old Trafford exit having told the club he wants to leave this summer.

But, as has been the case with the majority of players United have targeted this summer, Aubameyang isn’t interested.

Romano says a move to team up with Ten Hag was ‘ruled out days ago’, adding that there have been ‘no negotiations as things stand’ in any case.

Chelsea appear to be unchallenged then, but still face significant hurdles to get the deal over the line, with personal terms yet to be agreed and Barcelona boss Xavi wanting to keep the striker.

It’s thought thay Marcos Alonso – whom Barcelona have been linked with throughout the summer – could be used as a sweetener to push the Catalans to part with Aubameyang.