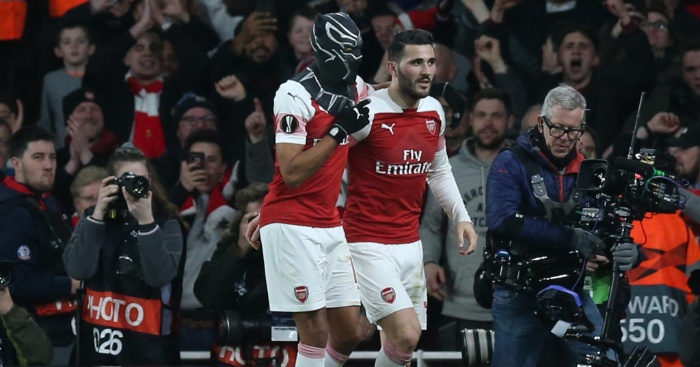 Arsenal forward Pierre-Emerick Aubameyang has responded to Toni Kroos after the midfielder criticised him for wearing a “nonsense” mask.

The forward pulling out a mask during a goal celebration has been a trademark throughout his career. He did so during his time at Borrusia Dortmund and Saint-Ettiene.

The last time Aubameyang donned a mask was for Arsenal against Rennes in the Europa League in March 2019. He wore a Black Panther mask, which is inspired by the Marvel film of the same name.

It was during an appearance on the Einfach mal Luppen podcast when Kroos made the comment, which has been cited by Sky Sports:

“Aubameyang once celebrated and took out a mask. That’s where it ends with me.

“I don’t think that’s a good role model either. What nonsense.”

Since this emerged, Aubameyang has changed his profile picture and header on Twitter to a picture of him wearing the Black Panther mask. He has also sent out a response to Kroos via his Twitter:

“By the way. Does this @ToniKroos have Kids? Just to remember I did it for my son few times and I will do it again.

“I wish you have Kids one day and make them happy like this Junior School pupils. Talk and don’t Forget #maskon #staysafe.”