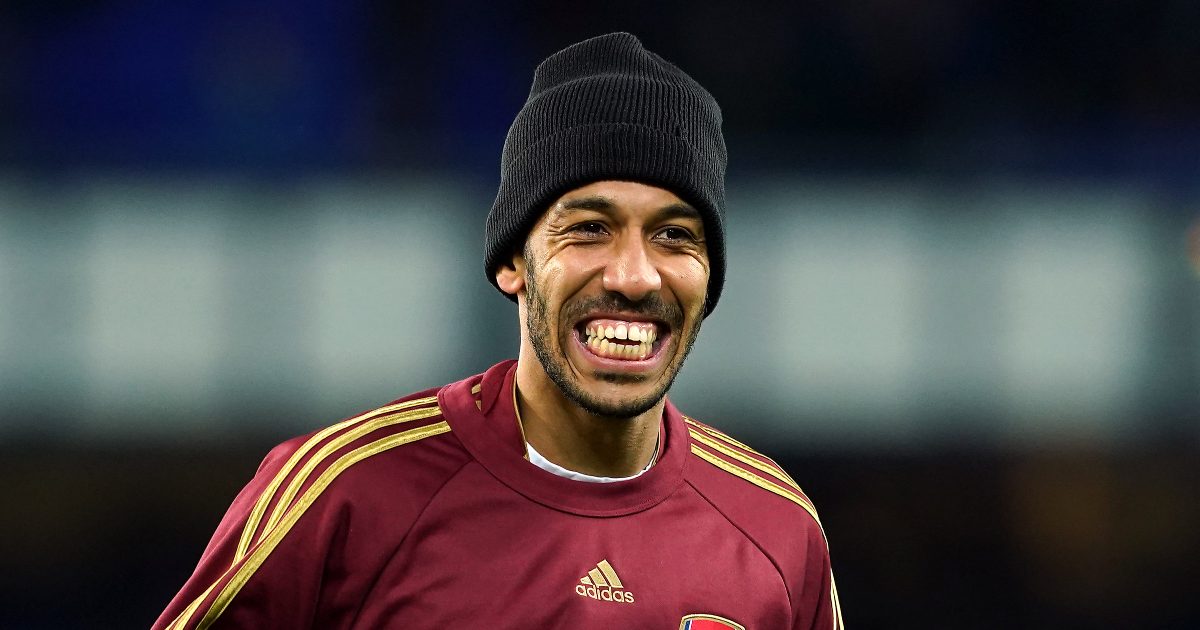 Arsenal have announced that Pierre-Emerick Aubameyang has left the club by ‘mutual consent’ ahead of his move to Barcelona.

The forward has not featured for the Gunners since the start of December. A “disciplinary issue” saw him fall out of favour with Mikel Arteta.

The club were keen to get him out of the door in January and he was linked with the likes of Juventus and Newcastle United.

Barcelona pushed to sign him on deadline day. There was conflict over finances but the clubs eventually agreed on a permanent deal.

The signing is yet to be officially announced by Barcelona but he trained with his new teammates on Tuesday.

‘Auba joined us from Borussia Dortmund in January 2018. He won the Premier League Golden Boot in his first full season in 2018/19. He scored both goals in the 2020 FA Cup final win over Chelsea, and scored again at Wembley as we won the FA Community Shield against Liverpool at the start of last season.

‘Auba has been our captain for the past two-and-a-half seasons and made 162 appearances, scoring 92 goals in all competitions.

‘The 32-year-old was named African Footballer of the Year in 2015 and won the DFB-Pokal (German Cup) in 2017 during his time with Borussia Dortmund. His previous clubs have been AC Milan, Dijon (loan), Lille (loan), Monaco (loan) and Saint-Etienne, together with representing Gabon 72 times.

‘We wish Auba all the best for the next chapter in his career and thank him for his contribution to the club.’

It was revealed on deadline day that Aubameyang was “happy to accept any payment” to join Barcelona:

“This whole affair has been relayed to us almost minute-by-minute by the Barca president Joan Laporta, who is at a Mundo Deportivo awards event. Laporta is in the business of giving hope to the fans and has been describing the situation as it unfolds.

“It looked like the transfer wasn’t going to happen because the difference in what Barca could afford in wages and the percentage of Aubameyang’s wages, that Arsenal were prepared to pay, was too great.

“Barcelona had 2m euros (£1.6m) in wages to pay and Aubameyang was happy to accept any payment in the end. Then Arsenal accepted a free transfer. That means the Gabon forward may just get 2m euros this season. Rather than the circa 9m euros (£7.5m) he was due at Arsenal.”