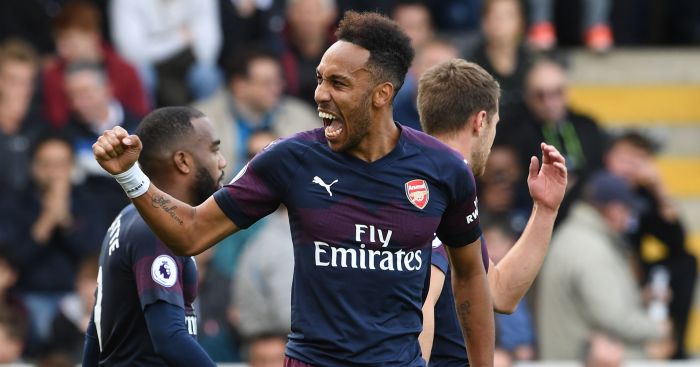 Pierre-Emerick Aubameyang has thrown his international future into doubt after returning home early from Gabon duty, according to reports.

The Arsenal striker was part of the Gabon side that beat South Sudan 3-0 at home on Friday and trained with the rest of the squad over the weekend.

However, French newspaper L’Equipe claims that he refused to travel for Tuesday’s return fixture with the main issue a chartered flight that was booked by the Gabonese FA for the trip to South Sudan.

Aubameyang is reported to have said the plane did not meet the “standards required for top athletes” and told Gabonese FA officials: “I will not board that thing”.

He refused to board the plane and instead chose to fly back home to the UK and spend some time with his family before Arsenal’s next fixture over the weekend.

Aubameyang has been in good form for Arsenal so far this season with six goas in all competitions for Unai Emery’s side.

It isn’t the first time that he has bumped heads with his country’s Football Association, with him once calling them “amateur” after they prematurely announced the new Gabon boss as Aubameyang’s sick father. However, the deal was never finalised.