Home Arsenal Aubameyang reveals he could have joined Spurs before Arsenal 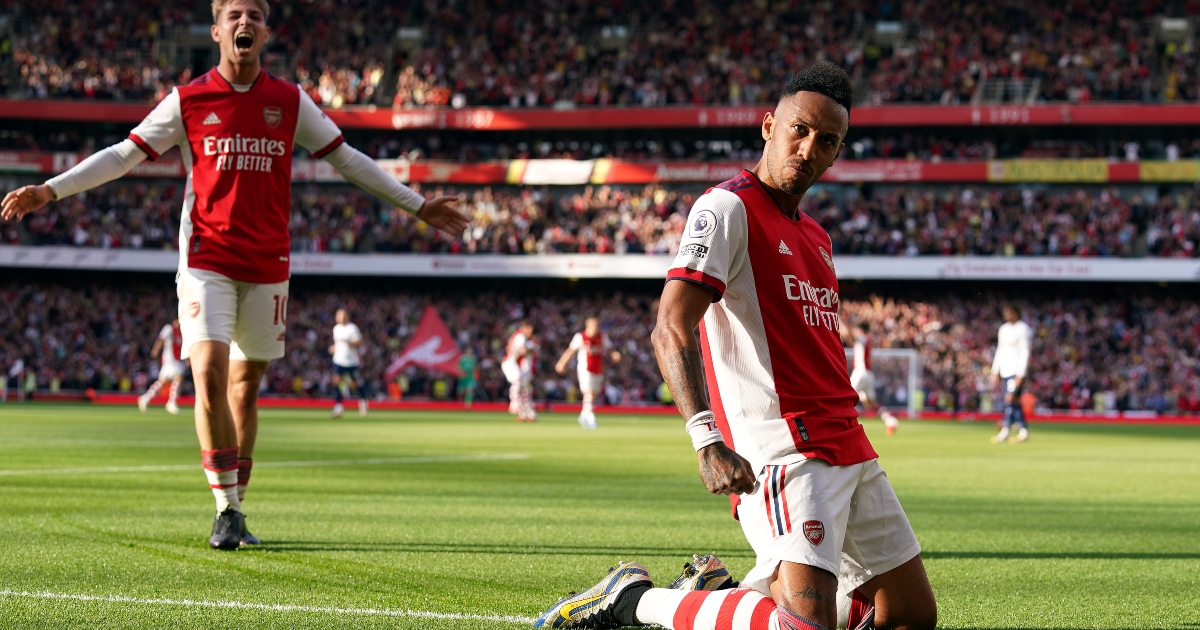 Arsenal captain Pierre-Emerick Aubameyang has revealed he could have joined Tottenham, admitting he would rather “retire” than sign for them now.

Aubameyang signed for the Gunners from Borussia Dortmund in 2018 for a fee in the region of £56million.

Since then, he has won an FA Cup and scored 92 goals in 159 appearances for the north London outfit.

The 32-year-old struggled last season for Arsenal after dealing with personal problems, as well as contracting malaria in April.

Aubameyang has picked up this term, however. He has scored seven times in 11 appearances as the Gunners aim to improve on their eighth-place finish in 2021/22.

He scored in this season’s north London derby at the Emirates Stadium as Arsenal beat Nuno Espirito Santo’s men 3-1 in one of their most impressive displays under Mikel Arteta.

And speaking on a Sky Sports Fan Q&A, a Gunners fan asked Aubameyang what he would rather do: retire or join arch-rivals Spurs.

“You don’t need to ask the question,” he responded. “You know it already. I would retire.

“I don’t know if you know this, but a few years ago, I was close to signing for Tottenham. In the end… I don’t know what they did. So I’d rather retire!”

The Gabon captain also admitted that he doesn’t pay any attention to Spurs after being asked what he made of Antonio Conte replacing Nuno at the Tottenham Hotspur Stadium.

He said: “I’ll be honest, I really don’t care. That’s not my problem, really.”

Elsewhere, Liverpool goalkeeper Alisson Becker claims that the Reds want to win every competition they are in this season and won’t settle for just the Premier League.

Liverpool currently find themselves fourth in the league, four points off leaders Chelsea. They have also already qualified for the knockout stage of the Champions League with four wins from four.

Speaking to the Official Liverpool FC magazine, when asked if this season is all about winning the Premier League title, Alisson said: “It’s about more than that, to be honest. We want more.