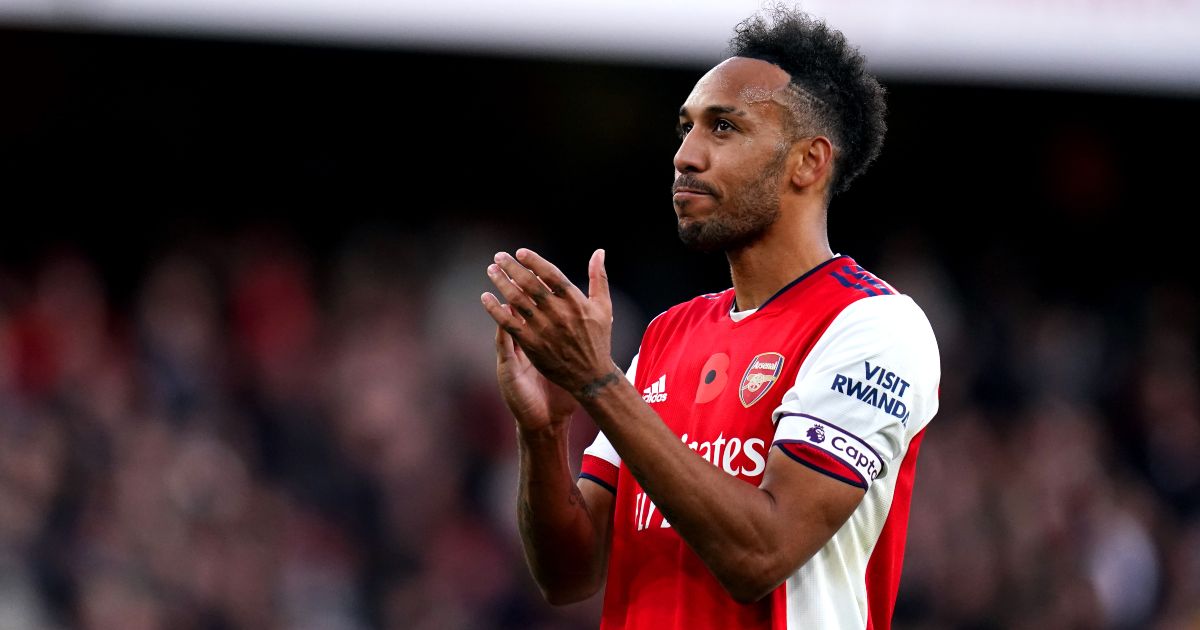 Pierre-Emerick Aubameyang says the manner of his departure from Arsenal “hurts” as he edges closer to a move to Barcelona.

The 32-year-old former Gunners captain was pictured training with his prospective new team-mates after arriving in Spain on Monday.

Confusion reigned, however, when no agreement was reached as deadline day passed but his release by Arsenal now makes him a free agent.

Prior to the completion of his move to the Camp Nou, Aubameyang took to social media on Tuesday night to post a farewell message to the club he has called home since 2018.

In a post on Instagram, Aubameyang wrote: “To the Arsenal fans, Thank you for making London home for myself and my family for the past four years. We went through ups and downs together and your support meant everything to me.

“Having the chance to win trophies and the honour of being the captain of this club is something I will forever keep in my heart.

“I have always been 100 per cent focused and committed on doing everything I can for this club which is why leaving without a real goodbye hurts – but that is football.

“I’m sad I did not get the chance to help my teammates in the last few weeks, but I have nothing but respect for this club and truly wish all my guys and the fans all the best and many successful years in the future!”

The Gabon international returned home early from the Africa Cup of Nations due to health reasons but has not played for Arsenal since being disciplined by the club in December.

He had been linked with a loan move this January, with Barcelona among a number of European clubs who had shown an interest, as well as teams based in the Middle East.

The PA news agency understands that talks progressed with the LaLiga side on Monday and a deal, releasing him from his £250,000-a-week basic salary at the Emirates Stadium, means he can join the Catalan giants outside of the transfer window.

It is believed Arsenal held back on announcing Aubameyang’s departure, four years to the day since he signed from Borussia Dortmund, as a gesture of respect to Barcelona, whose president, Joan Laporta, said on Tuesday the official unveiling may come later in the week.

However, pictures which appeared to show Aubameyang in the back of shot training at Barcelona subsequently emerged.