Home All The News Aubameyang set to miss Saints clash; Tierney is a doubt 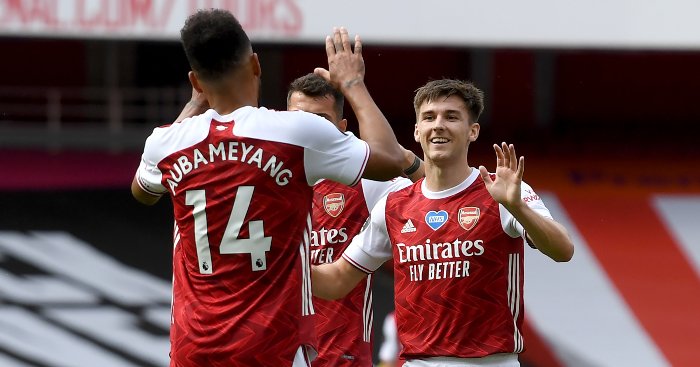 Aubameyang has been out of form for much of this season. He only scored once across nine Premier League outings since his match-winning penalty against Manchester United in November.

But the forward returned to form in the league last Monday against Newcastle United. Aubameyang netted twice as Arsenal beat Steve Bruce’s side 3-0.

The Gunners travelled to face Southampton in the FA Cup fourth round on Saturday. Aubameyang missed out on the squad due to “personal reasons”.

Without their captain, the FA Cup holders were beaten 1-0 by the Saints to miss out on a place in the fifth round.

Arsenal have a chance to enact some revenge on Southampton as they face them on Tuesday night in the Premier League.

Mikel Arteta’s men will be without Aubameyang again, though. On Tuesday morning, the club confirmed that the striker will not be part of the squad due to “personal family reasons”.

In the same release, Arsenal confirmed that Kieran Tierney is a doubt for the trip to Southampton. He is being assessed with him having “discomfort” in his right calf. They will make a decision on his availability later today.

The Gunners also revealed that Pablo Mari and Dani Ceballos will definitely miss the game. Both players have calf injuries.

Ceballos has returned to training, but he is not match ready yet. Mari meanwhile looks set to return to training later this week.