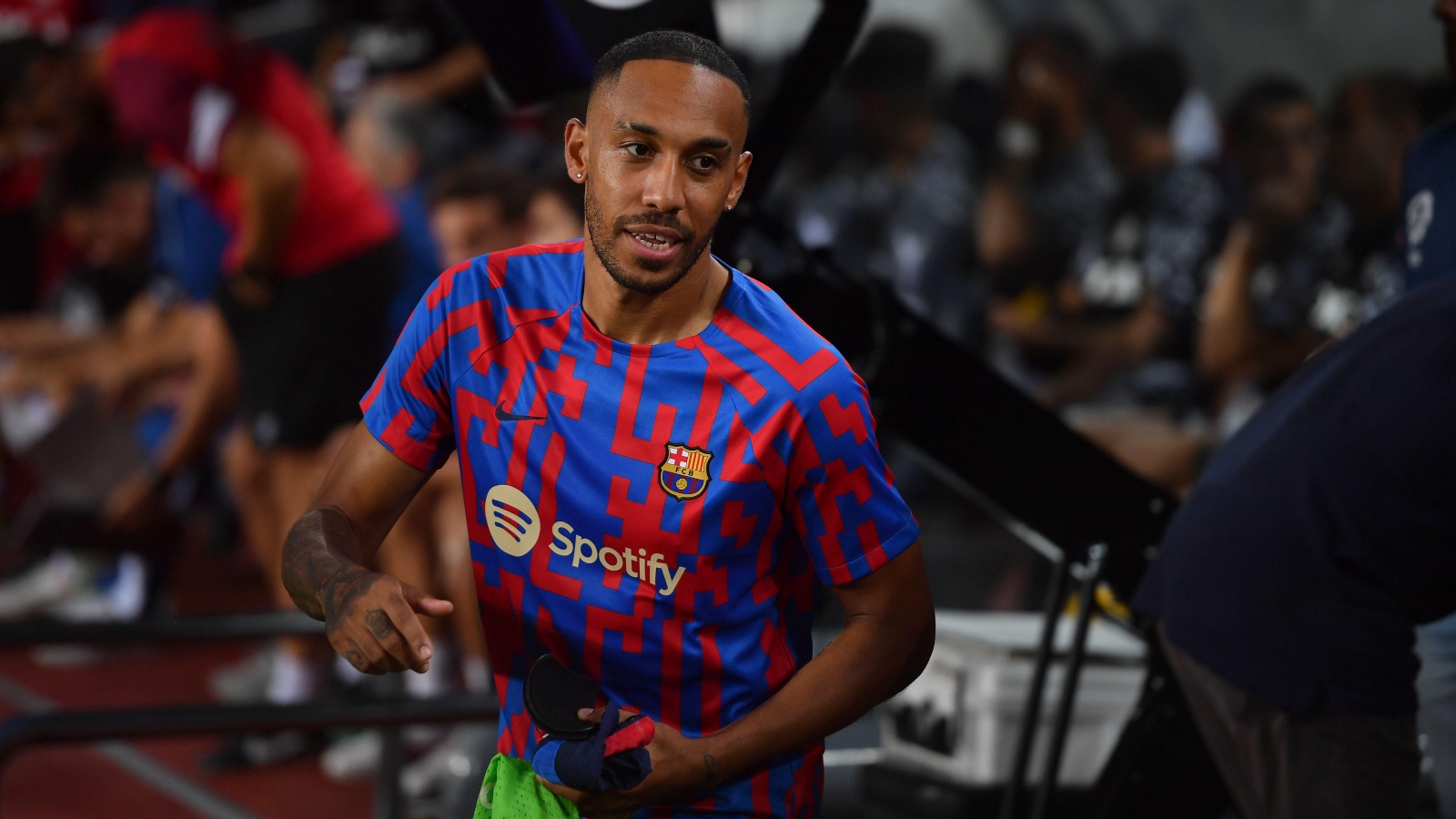 Aubameyang recently emerged as a top target for the Blues as Thomas Tuchel looks to bolster his attacking options.

Timo Werner has returned RB Leipzig on a permanent basis and Romelu Lukaku re-joined to Inter Milan on loan this summer.

As a result, there is plenty space for a new striker to join the club.

Tuchel worked with the Gabonese striker at Borussia Dortmund for two years and the pair have remained close since then.

Aubameyang scored 79 goals and provided 17 assists in 95 games under the German’s management. Only Kylian Mbappe has scored more goals with Tuchel as their boss.

Spanish journalist Gerard Romero reported on Thursday that Chelsea have made a £22.8million bid to sign the 33-year-old, months after he joined Barcelona for free.

Manchester United have also shown an interest in Aubameyang, though the player is ‘focused’ on joining the Blues as he wants to play in the Champions League.

Chelsea are also keen on Everton’s Anthony Gordon, however, the former Arsenal striker appears to be Todd Boehly and Tuchel’s current priority.

According to The Telegraph, the Blues are ‘looking to push ahead’ in their pursuit of Aubameyang.

It is believed that Aubameyang is only a ‘stop-gap’ for Chelsea but is seen as an ‘ideal’ addition having scored 11 goals in La Liga since February.

The summer arrival of Robert Lewandowski and Raphinha has not made things easy for the experienced striker, who started on the bench for Barcelona’s league opener last weekend.

As mentioned prior, Aubameyang is not a long-term solution and will likely be the main man up top for a single season.

The report adds that Chelsea will pursue their long-term targets next summer following a season of Aubameyang leading the line.

One of three players mentioned as a top target is RB Leipzig attacker Christopher Nkunku.

The Frenchman was expected to leave Leipzig this summer before he signed a contract extension.

While he has committed his future to the German club, he pretty much did the complete opposite as a €60m release clause in his contract will become active from 2023.

Plenty of teams are likely to be interested in signing such a potent forward for this price – which is a bit of a bargain in this day and age.

Manchester United are also rumoured to be interested in signing Nkunku – who has scored three goals in as many games this season after providing 55 goal contributions in 2021/22.

The other two names mentioned by The Telegraph are Stuttgart’s Sasa Kalajdzic – who might be available on a free transfer next year – and AC Milan’s Rafael Leao.