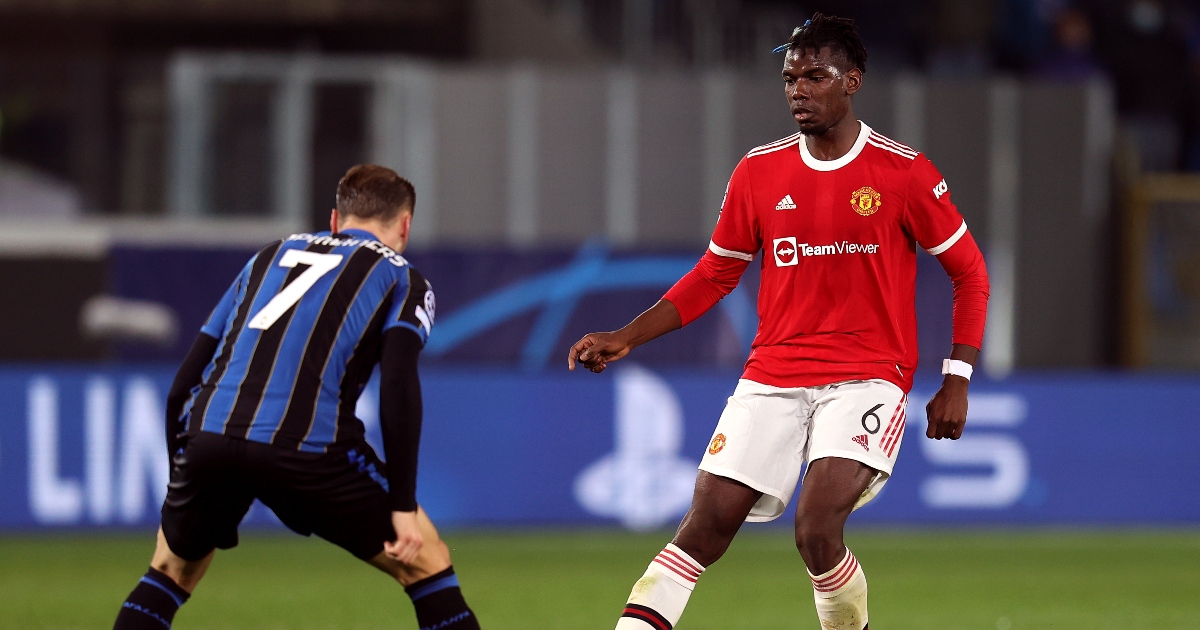 Pogba missed the Red Devils’ Premier League encounter at Tottenham on Saturday through suspension after he was given a straight red card against Liverpool the week prior.

He started in the crucial Champions League match in Bergamo, however, as manager Ole Gunnar Solskjaer put his faith in the France midfielder.

Pogba’s performance was a huge talking point following the 2-2 draw after the 28-year-old was substituted in the 69th minute after putting in a subpar display.

Ex-United defender Ferdinand was critical of his “sloppy” performance, telling BT Sport: “I thought he took liberties a few times, he was a bit sloppy. Sometimes you just need to be told ‘sharpen up, play one or two touch’.

“He needs to be telling himself and he didn’t do well enough. There are not those [critical] conversations going on in our changing room.

“There’s not a player in the world that starts every game perfectly.”

And Scholes believes that Pogba needs someone at the club he “respects” to keep him focused, as “he goes away with the fairies at times”.

“He needs somebody talking to him all the time, someone there who he totally respects and is experienced,” Scholes said.

“He is a really experienced player but he will get to 35 and will be doing the same stupid stuff – stud-rolling the ball and people know it.

“The biggest thing with the player is his concentration – he goes away with the fairies sometimes.

“At Juventus he was excellent and that’s why we signed him but you look at [players around him] – [Andrea] Pirlo, [Giorgio] Chiellini, [Gianluigi] Buffon, an aggressive manager, telling him all the time and he will need that kind of treatment until he is 35.”

United fell behind twice at Atalanta, with Cristiano Ronaldo equalising in both first-half and second-half stoppage time.

Thankfully for under-pressure Solskjaer, his team’s fate is in their own hands going into matchday five against Villarreal.