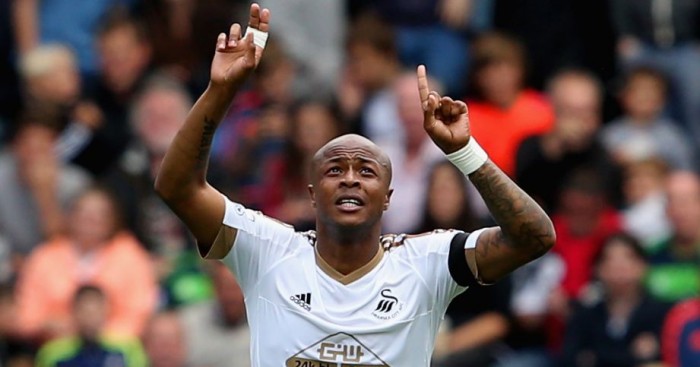 Last season’s top six once again dominated the Premier League spending this summer, but WhoScored.com take a look at five bargains snapped up by the rest.

Unsurprisingly, it was English football’s elite sides that dominated another record-breaking transfer window, with more than half of the summer spending in the Premier League coming from last season’s top six. However, unlike in the past there were also notable coups for many of the middling sides, as the influence of the new television broadcasting deal begins to reveal its staggering significance.

Whether it was Dimitri Payet’s move to West Ham or Stoke’s ability to lure Xherdan Shaqiri to the Britannia Stadium, the top-flight’s lesser names are making waves. But which summer signings have made the best start to life in the Premier League? WhoScored.com sheds light on the five top summer recruits thus far.

The turnaround in personnel at Aston Villa has been nothing short of extraordinary since Tim Sherwood took over the reins from Paul Lambert in February.

The perception that Lambert was not given any financial backing during his three years at the club is, to some extent, an exaggerated tale, but it was still surprising to see Randy Lerner – a man looking to sell the club – sign off on nearly £50m this summer, as Sherwood brought in 13 new faces.

Despite having recorded just one win from four matches, Sherwood will be more than pleased with how two of his summer signings have bedded in at Villa Park. Indeed, no player that joined the Premier League this summer has gained a higher WhoScored.com rating than Jordan Amavi (7.62).

The 21-year-old, an £8m recruit from Nice, has made a promising start to life in the Midlands carrying on the good work that made him WhoScored.com’s highest rated left-back across Europe’s top five leagues last season (7.74).

Other than his costly mistake against Crystal Palace, it has been a superb start for the France U21 international, who is providing a real attacking threat down Villa’s left. In fact, no player has completed more dribbles in the Premier League than Amavi (15) and the youngster already has one assist to his name.

Amavi is also showing a defensive nous that is becoming a lost art for modern defenders. Only four other players – including Villa teammate Micah Richards – have won possession more than Amavi (20) in the defensive third of the pitch.

It hasn’t just been the Frenchman who has started brightly for Sherwood, but also his new midfield enforcer Idrissa Gueye. The 25-year-old was the second of four players plucked from Ligue 1 this summer, as part of a raid out of keeping with Villa’s recent transfer history.

Upon his arrival, Gueye was immediately tasked with the role of replacing former fan favourite Fabian Delph and, while their styles are slightly different, the Senegal international is already proving an impressive replacement.

The former Lille midfielder has already shown an innate ability to slow down opposition attacks, ranking third tackles and interceptions combined in the Premier League so far (29). Additionally, the Senegalese midfielder has shown he can also relieve pressure having drawn 12 fouls this season, a figure bettered only by Mark Noble (16).

The Villa boss will now be hoping the injury Gueye sustained on international duty isn’t too serious with the midfielder looking to build on his 7.44 WhoScored.com rating.

Elsewhere, there has also been a notable start to life at Southampton for right-back Cedric Soares, who is currently the second-highest rated newbie (7.51).

Southampton have become one of the best clubs at recruiting in recent years. Whether it has been replacing Rickie Lambert with Graziano Pelle or Adam Lallana with Dusan Tadic, Southampton seemed to have found the solution for each high-profile departure. In Soares, they seem to have landed another talent to fill the void left by Nathaniel Clyne.

Soares, 24, joined the club for a reported fee of £4.7m and already looks to be worth every penny. Southampton may still be finding their feet this season, but the Portugal international looks to have slotted in straight away, and of Saints players to have featured in at least two league games this season, only Dusan Tadic has a higher WhoScored rating (7.92).

With Bertrand out injured, the impetus on attack has very much been down Southampton’s right, and Soares has grown into the added responsibility. The ex-Sporting Lisbon full-back is averaging two key passes per game, 1.5 crosses per game and one dribble per match, which all rank Soares among Southampton’s top three players thus far. Additionally, no Saints player has made more tackles and interceptions combined than Soares (22), proving his worth going forward and backwards in equal measure.

As each gameweek passes, Swansea’s decision to sign Andre Ayew increasingly looks like one of the deals of the summer. Gary Monk’s side picked up the 25-year-old on a free transfer and the ex-Marseille winger has already weighed in with a direct hand in four of Swansea’s goals (two goals and two assists) on his way to a WhoScored.com rating of 7.50. Only Yaya Toure has had a direct hand in more goals this season in the Premier League (5).

Finally, of all players to have joined the Premier League this season, Sunderland’s Yann M’Vila completes the top five (7.47). The 24-year-old has always boasted immense potential but has seen previous suitors turn him down with his troublesome reputation proving a constant thorn in his career. It has taken the France international three games to provide a glimpse of his ability and Dick Advocaat will be hoping for more of the same if he is to steer Sunderland away from the bottom three.

The midfielder’s return of 1.7 key passes per game cannot be bettered by any Sunderland player to have made more than two league appearances this season, with only two others making more tackles per game than M’Vila (4).

The ex-Inter midfielder will now be hoping to kick on following his best performance of the season against Villa, where he was Sunderland’s most influential player (8.8). The Frenchman not only chipped in with an important goal, but he also had the most touches of any Black Cat (67), with almost everything of a positive note running through Sunderland’s new No.21.