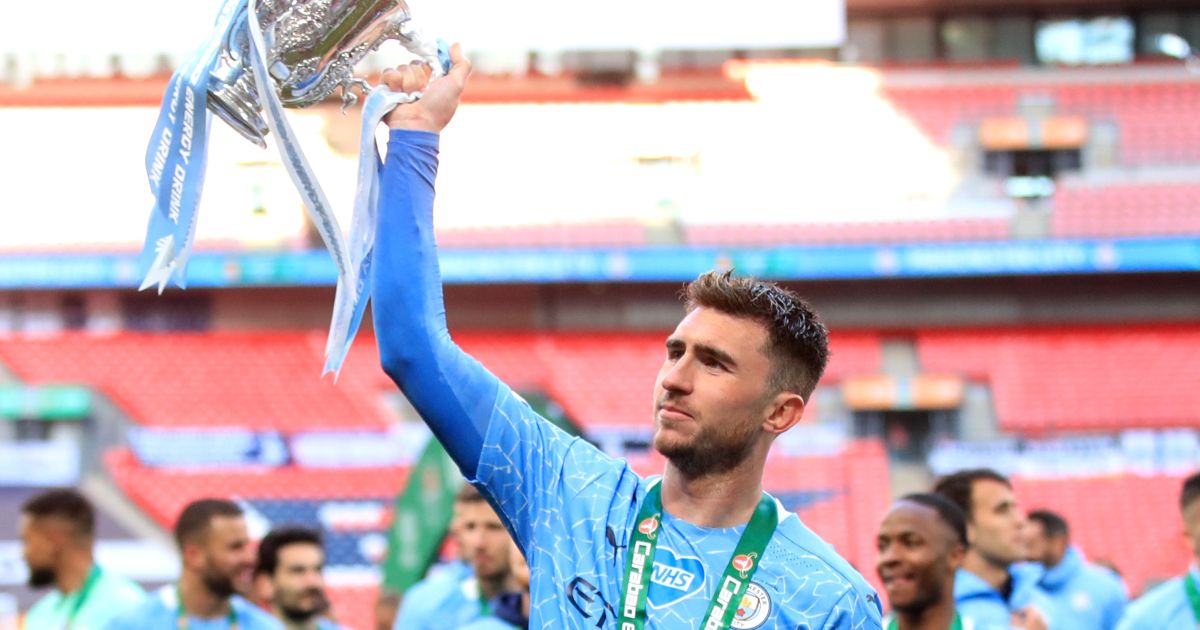 The French defender headed home eight minutes from time as City claimed the League Cup for a record-equalling eighth time with a narrow, yet deserved, 1-0 victory over Tottenham at Wembley on Sunday.

Laporte might not have been playing had fellow centre-back John Stones not been sent off against Aston Villa last week.

The 26-year-old has had to bide his time after fitness issues earlier in the season allowed Stones to form a strong partnership with new signing Ruben Dias.

He now hopes to play a further part as City look to follow up their latest success by wrapping up the Premier League title and winning the Champions League.

“It has not been easy this year, but I think the end of the season will be amazing for me personally,” said Laporte.

“We will see what happens, but I hope this team can go as far as possible. It (the treble) is on, of course, and we will fight until the end.”

Spurs might argue Laporte could have been sent off having been booked for only one of two cynical fouls on Lucas Moura in the first half.

Yet there was little denying City’s superiority as they racked up 21 attempts to just two from Spurs.

Laporte said victory was made all the sweeter by the presence of around 2,000 City fans amid a crowd of 7,773.

He said: “It was difficult against a tough team and very good players. We had to be passionate to win the game and that is what we did. I am very happy to have won.

“It was amazing to win a trophy and even better with our fans here. Many of them were at home but I was happy to see (some of) them here. I was very happy for that, as well as winning this trophy again.”

In what was a good day all round for City, they also moved within two wins of their third Premier League title in four years after second-placed Manchester United dropped points at Leeds. 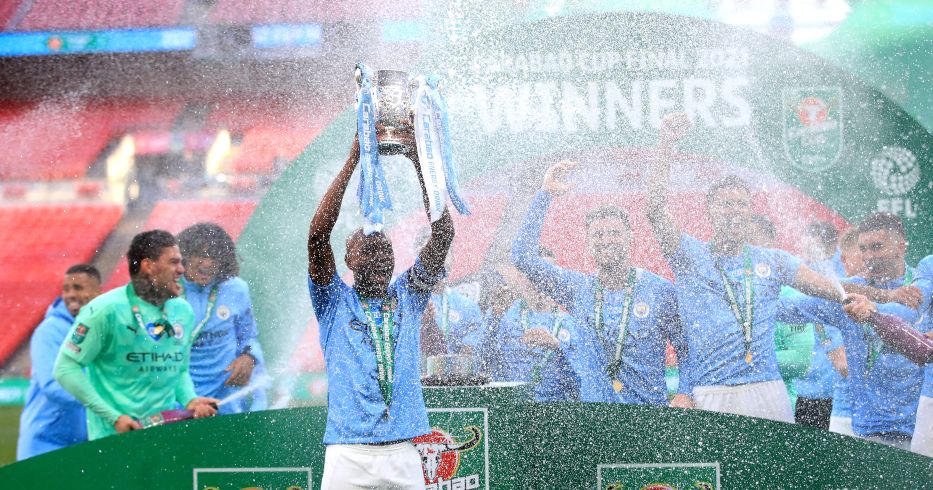 Their immediate attention, though, turns to the Champions League, with City heading to France for the first leg of their semi-final against Paris St Germain on Wednesday.

“We have to keep focused and try to get more and more trophies,” said Riyad Mahrez, who was named man of the match at Wembley.

“We have the semi-final of the Champions League, we have the Premier League. We are here to try to win every competition we play for.

“This was the Carabao Cup final and we had to win and that is what we did.

“We are so happy. We had so many chances and we dominated the game. Sometimes you have to score by set-pieces or anything and that is what we did.

“But from the beginning we played very good, we were aggressive and created a lot of chances. We knew it was going to go in. Sometimes it takes more time than usual but we stayed focused.”