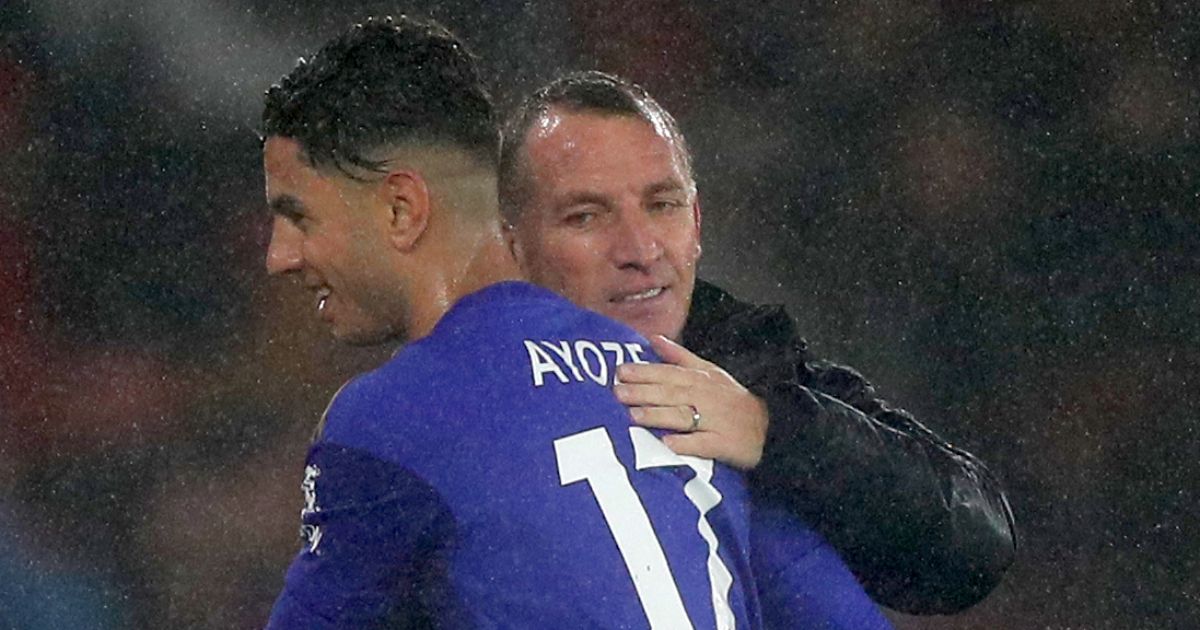 The Foxes host Legia Warsaw in their crucial Europa League clash on Thursday.

Rodgers has been touted as a replacement for the sacked Ole Gunnar Solskjaer at Old Trafford and has already spoken to the squad’s leadership group to ease any concerns they may have.

And Perez has now insisted there are no distractions which will harm their performance on Thursday.

The forward said: “We are not even thinking about that possibility (Rodgers leaving). What he has shown us, he is totally focused on where we can improve.

“We are not thinking about anything else, not him either. We are really focused here.

“He is trying to make us think about the basics (to improve form). You have to try not to overthink and overdo things. We are sure the win is close. We know the importance of tomorrow and we are focused on that.”

Victories in their final two games against Legia and then at Napoli next month will send the Foxes through to the last 16 as Group C winners.

Should they finish second they will go into the play-offs for a place in the new knock-out phase and face one of the eight third-placed teams from the Champions League group stage.

Leicester are third in the table, a point behind Legia and two adrift of Napoli having drawn both of their home games. They lost a 2-0 lead against Napoli to be pegged back to 2-2 and were held 1-1 by Spartak Moscow with Jamie Vardy missing a penalty.

They also lost 1-0 to Legia in Warsaw in September and Perez admits the squad have held some tough inquests recently.

Ayoze Pérez has been speaking to the media ahead of #LeiLgw 🗣

“They have to come to our stadium which will be tough. We are not thinking about anything else beyond that it’s a must win game. We want them to know the 90 minutes is going to be long and tough. We are ready.” 👊 pic.twitter.com/U57tHGn1a7

He said: “They’ve been very honest and open conversations, which is very important. In this situation we know we are struggling in terms of results and even performing but we are focused on what we can change to get the results we all want.”

Leicester’s poor domestic form – they have won just two of their last nine games – has left them 12th in the Premier League following Saturday’s limp 3-0 defeat to Chelsea.

The team were jeered by fans at the break and at full-time, with boss Rodgers defending his side and he again urged for patience.

“The confidence isn’t at the level we want it to be. I have no doubts it will return. We need to keep working hard,” said the boss, who reiterated his commitment to Leicester amid the on-going links to Old Trafford.

“I felt at the weekend we were playing one of the top teams – not just in our league or Europa but the world. It was through no lack of effort, attitude and energy.

“I only ask for a little bit of perspective, these players have given so much in the last couple of years.”

Wesley Fofana (broken leg) is sidelined but James Justin (knee) is closing in on a return, although they were not included in the Foxes’ Europa League squad at the start of the season.