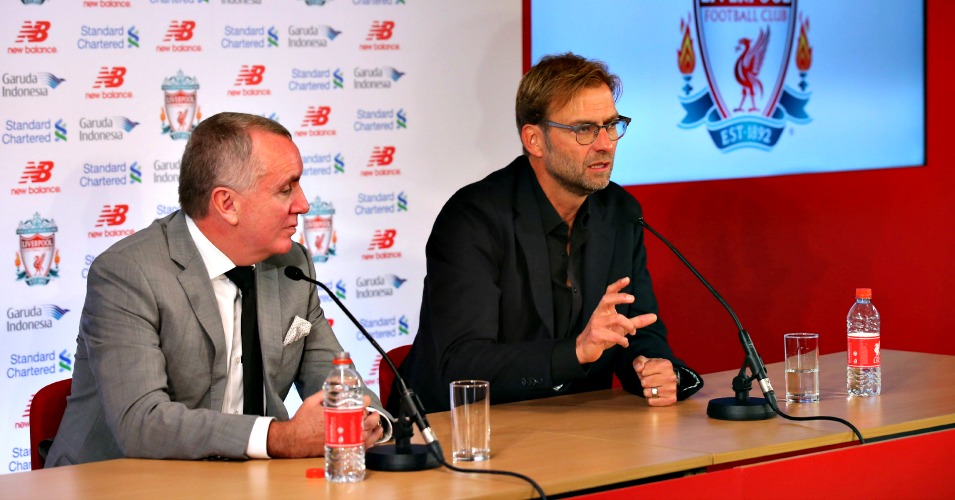 Liverpool chief executive Ian Ayre says the club acts no differently to others in terms of their transfer dealings, and that Jurgen Klopp will have the final say.

Much has been made of the Anfield transfer policy and chief executive Ayre pointed solely at the media for that before reiterating that new boss Klopp has the casting vote over transfers – just as Brendan Rodgers did during his tenure.

Klopp said soon after his arrival last month that he was “not an idiot” and he would have “the first and the last word” on transfers.

And, speaking at the Web Summit at the RDS in Dublin, Ayre made it clear that Klopp was in control of recruitment, as well as claiming the transfer process at the club was “very smart”.

“Brendan had the final say on all the players we signed,” said Ayre.

“There’s only one person that has the final say over what players we have at Liverpool Football Club and that’s Jurgen Klopp right now.

“That’s always been the case for as long as I’ve been here.

“The words ‘transfer committee’ I think got used once and became this idea that we all sit round a table and have a vote on every player we sign. That couldn’t be further from the truth.

“The point that has been made about the committee, and I don’t think we did anything any different to most football clubs, is that the manager will say we are looking for somebody in this position and a bunch of people – a mix of traditional scouts and more recently analytical and digital-based information – bring all of that together as was always the case.

“Then we look at two, three, four players, the best players for that position, show them to the manager and the manager can go watch or have the scouts go watch those players and narrow it down.

“At that point I’ll become more involved and start talking to clubs, agents, players on a negotiations basis and then the manager will choose.

“The committee and we don’t think of it as a committee, just the media do, is really a collaboration of all those people that all contribute to let the manager make that decision, and I think that’s very smart.”