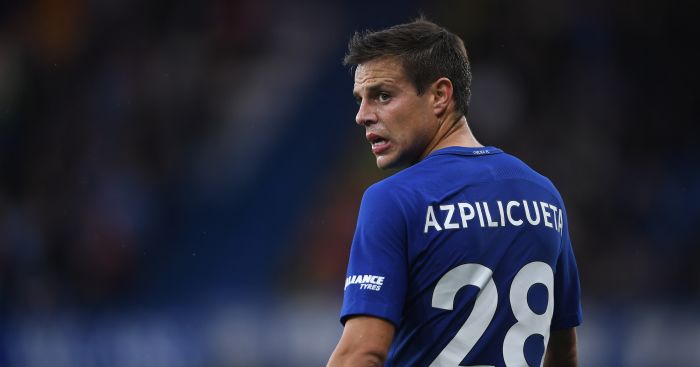 Cesar Azpilicueta has warned Chelsea that February could be a pivotal month in their battle for a top-four Premier League finish.

The frustrated skipper was left to lament another missed opportunity as Chelsea were held to a 2-2 draw by 10-man Arsenal in west London on Tuesday.

Hector Bellerin cancelled out Azpilicueta’s strike at the death of a turbulent match, which saw ex-Blues defender David Luiz sent off on his Stamford Bridge return.

Chelsea will face Leicester, Manchester United and Tottenham in a testing February league run, and Azpilicueta admitted Frank Lampard’s men must quickly cut out the habit of throwing away points.

“We have missed many opportunities to be higher up the table, so we have to learn from that,” said Azpilicueta, with Chelsea still sat fourth in the league.

“We cannot go back and change the results from the last few games.

“And now we have three important games in front of us in the Premier League that could define our position in the table. And obviously every point is huge, and hopefully we can have good games and win them.

“It’s going to be an important month. But every match is three points to be played for the same way we have been fighting for three points in every other game.”

Jorginho slotted a penalty after former Chelsea defender Luiz was sent off for hauling down Tammy Abraham as the England striker was poised to tap into the empty net.

Chelsea failed to capitalise on their numerical advantage, however, and Gabriel Martinelli pounced on N’Golo Kante’s slip to fire Arsenal level just past the hour.

Azpilicueta turned in Callum Hudson-Odoi’s smart cross late on, leaving Chelsea expecting to close out a nervy victory, only for Bellerin to thwart the Blues.

“It’s two goals that it’s difficult to understand, and we came off a defeat at Newcastle, so it’s disappointing.

“My goal helped to get a result, but it’s not enough and we’re all bitterly disappointed.”