Home All The News Azpilicueta: Every team is having problems (except one)

Azpi lifts the lid on Chelsea's season so far and his partnership with Alvaro Morata... 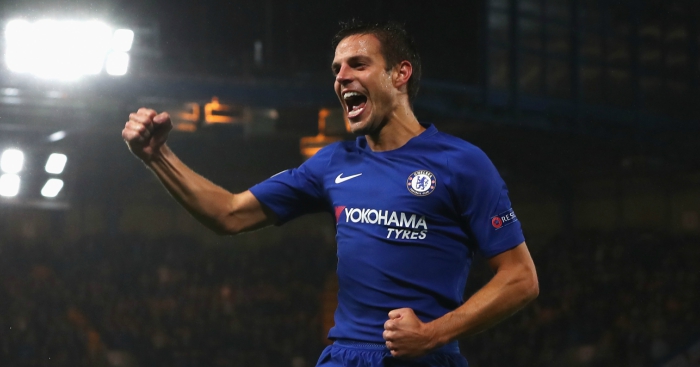 Cesar Azpilicueta has urged Chelsea to finish 2017 on a triumphant note by toppling Stoke at Stamford Bridge on Saturday.

The Blues are chasing a seventh successive Premier League victory on home soil and while Manchester City are runaway leaders, Azpilicueta insists his team must try to finish the season as high in the table as possible.

“What I see is that every game is a difficult game to win,” he told Chelsea TV.

“Apart for Manchester City, every team is having problems. We need to fight and to keep pushing.

“We have another game against Stoke, our last game of the year, and it’s important to keep winning and getting points. We must try to go as far as we can.”

Azpilicueta played a key role in breaking the deadlock in the 2-0 win against Brighton on Boxing Day, combining with Spain team-mate Alvaro Morata for the opener scored only 40 seconds after half-time.

For the sixth time this season the full-back delivered a pinpoint cross for Morata to nod home and the Spanish theme continued when Marcos Alonso used his head to steer Cesc Fabregas’ corner into the net.

“We knew the game was tight that we needed to find space in the right position and we also knew it was important to score in the first minute of the second half.

“Sometimes it was difficult to deliver the ball because the pressure was coming on us really quick. I needed an extra yard to put the ball in and it worked.

“The first half wasn’t our best performance. We missed a few chances and allowed them to counter attack or to have possession.

“We knew that we had to push in the second half and our performance was better.”