Home All The News Azpilicueta: Key for Spain to ‘limit’ Italy’s ‘crucial’ midfielder 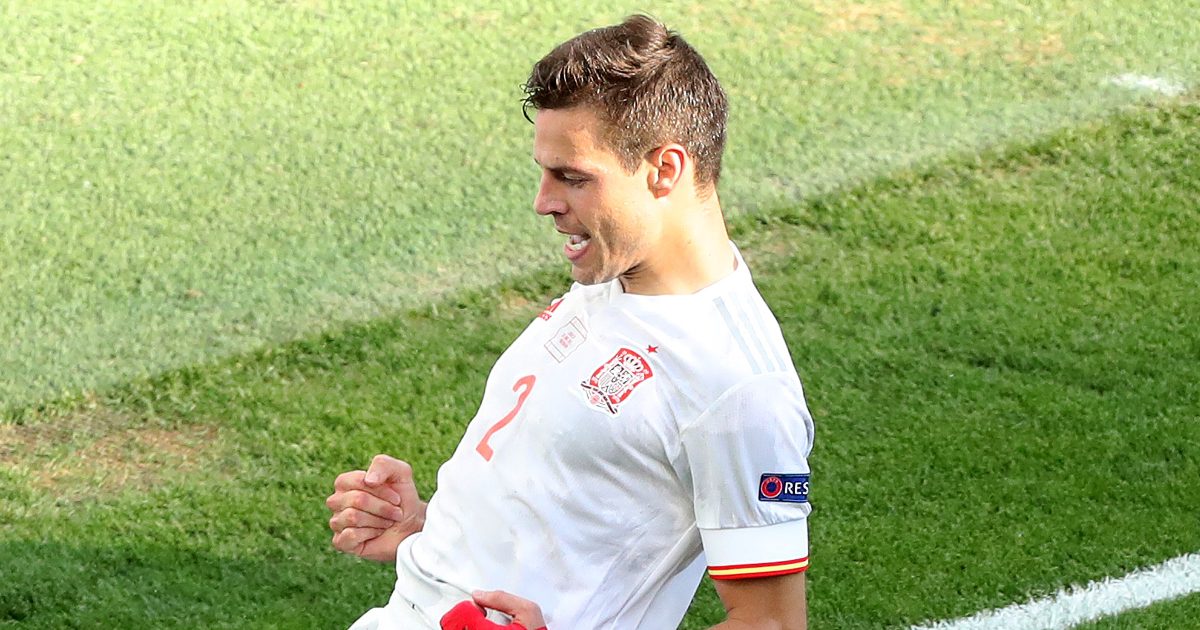 Cesar Azpilicueta has insisted that it is important that Spain “limit” the involvement of Italy’s “crucial” midfielder Jorginho in the Euro 2020 semi-finals.

Spain face Italy in the first semi-final of Euro 2020 at Wembley on Tuesday evening. Azpilicueta has helped his side beat Croatia and Switzerland in the knockout stages to reach the final four of the competition.

Luis Enrique’s men bested Croatia 5-3 in a thriller after extra-time before they beat Switzerland 3-1 on penalties to advance.

Meanwhile, Italy beat Austria 2-1 in extra-time before they knocked Belgium out of the competition at the quarter-final stage via a 2-1 victory.

Azpilicueta will come up against his Chelsea teammate Jorginho in the semi-final. The defender has told Sky Sports Italia that the midfielder has shown that he has “important qualities” for Italy:

“We have a WhatsApp group with our Chelsea team-mates, but it will be nice to meet [Jorginho] again on the pitch,” Azpilicueta said.

“That’s why football is great, now we are going to give the best for our national teams. Jorginho has proved to be a crucial player for Italy.

“He has important qualities, he likes to keep the ball in his feet and control the game. If we limit his involvement, we’ll have more chances to qualify for the Final.”

“Assistant managers can be undervalued when it comes to handing out praise to people for the performances and results of a team, but, in Steve Holland, England have one of the very best.

“Steve and I worked together for three years and won two Premier League titles together at Chelsea, and I can tell you that he was very important to our success.

“I am not surprised at all that Gareth Southgate thinks so highly of Steve because it was the same at Chelsea, when he worked as the assistant to Jose Mourinho, Guus Hiddink and Antonio Conte while I was a player there.