Home All The News Azpilicueta makes comparison between Hazard and Messi, Ronaldo 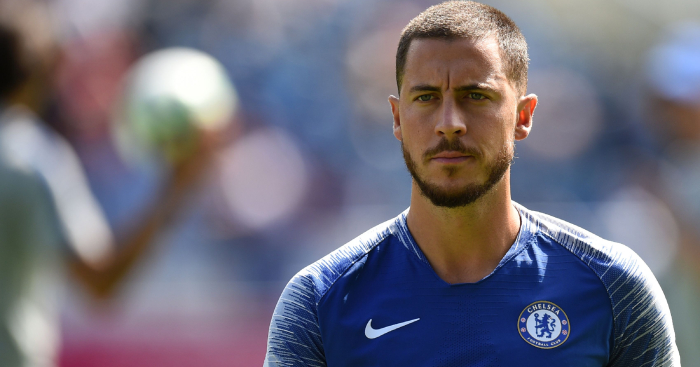 Hazard has made a good start to the season for the Blues, having netted five goals in five Premier League games, including a hat-trick against Cardiff.

Maurizio Sarrir recently sung the praises of the Belgium international, and now Azpilicueta has become the latest to highlight his quality.

The Spaniard told the Daily Mail: “I know Eden, we came here together and I played against him in France so I have seen him for a long time but, yes, I’m sure he can be the best.

“He has that quality of eliminating defenders. It’s amazing.

“But this season he is adding goals and assists. Sometimes he was playing very good but maybe not selfish; he always gives passes to team-mates.

“Messi, Cristiano, they score 50 goals a year and that is very difficult in England. But from his point of view, if he’s more aggressive in the box by scoring goals and making assists, he will be the top of his game.

“In normal play he can create chances. It looks very easy. He goes quick, he scores with both feet.

“Eden has all the qualities to be the best. And his personality as well, the way he behaves.

“He’s the best player in the team but the way he respects everyone, he’s a normal person. That’s amazing to have the best player and his behaviour and everyone loves him in the club. That’s as important as his work on the pitch.”