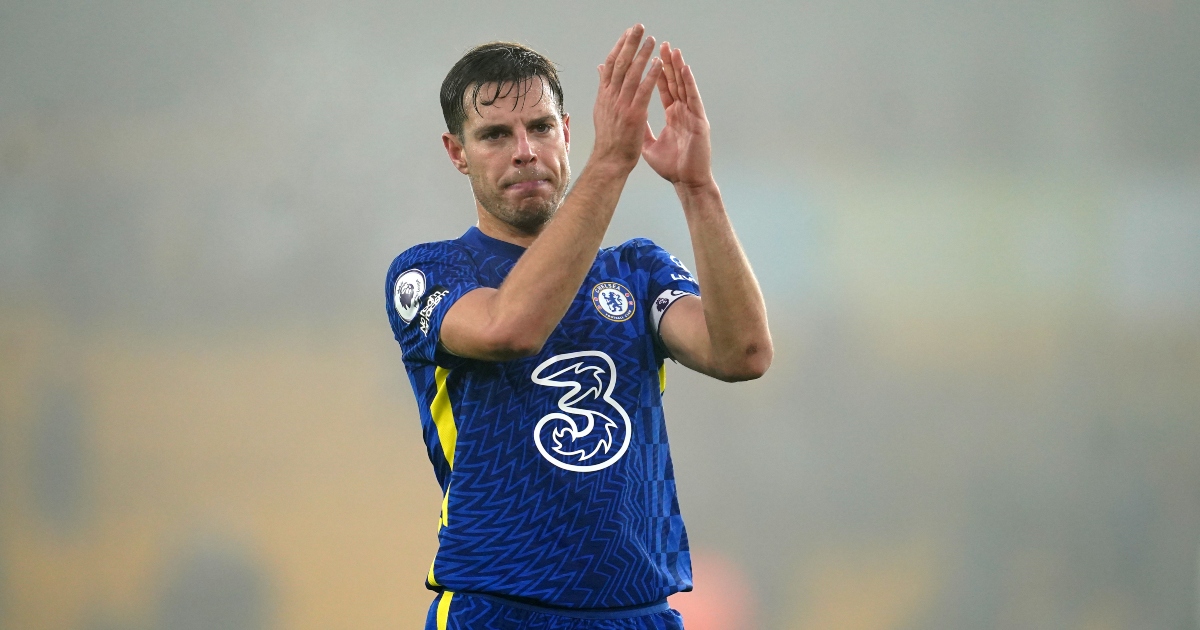 Cesar Azpilicueta is keen to extend his Chelsea contract despite interest from Barcelona, according to reports.

Azpilicueta’s situation has gone under the radar with the Blues also working on fresh deals for fellow defenders Antonio Rudiger, Andreas Christensen and Thiago Silva.

Barcelona are prepared to snap the 32-year-old up on a free transfer, but Azpilicueta is ‘prioritising’ signing a new deal at Chelsea, according to The Athletic.

He wants more than a one-year deal from the Blues, who tend to not offer long-term contracts to players over the age of 30.

The Spain international has won seven trophies with the Londoners, including two Premier League titles and a Champions League.

Azpilicueta is approaching his 450th Chelsea appearance, but it is unclear if contract negotiations have begun as the Blues work on deals for younger defenders, Christensen and Rudiger.

The report adds that Barcelona’s interest is genuine. Current boss Xavi is a “huge admirer” having played with the 32-year-old for the Spanish national team.

Despite rumours that Azpilicueta is keen on staying in England, MARCA claimed last week that the Chelsea defender is “open” to leaving the club.

He came through the ranks at Osasuna before spending two years at Marseille between 2010 and 2012.

The Spanish outlet report that Azpilicueta has “opened the option” of leaving the Blues. He is said to be of the view that has “achieved everything” in England. They add that his “temptation to leave is increasing”.

Meanwhile, Napoli are trying to beat Chelsea to Fenerbahce defender Attila Szalai, according to reports in Italy.

The Hungary international has impressed during his short time with the Turkish club after moving there this year from Cypriot side Apollon Limassol.

The manager of the Hungary national team, Marco Rossi, recently claimed that Szalai’s proposed move to Chelsea is a “done deal”.

However, that doesn’t seem to be the case if the latest reports from Calciomercato are to be believed with Italian club Napoli showing a strong interest in Szalai.

Napoli want to bring him to Italy with Szalai likened to Netherlands defender Virgil van Dijk, who the Italian website refer to as ‘a pillar of Liverpool’.