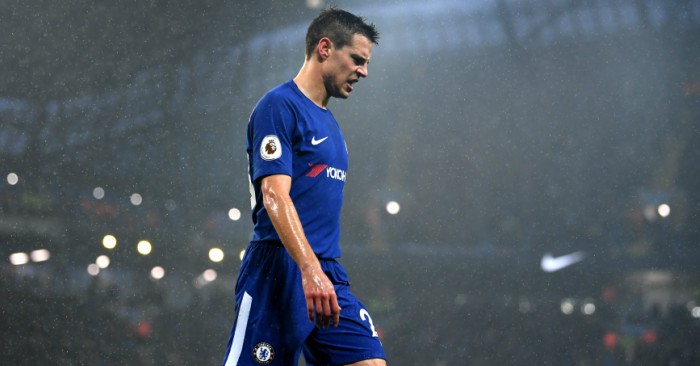 Tony Cascarino says that Cesar Azpilicueta reminds him of former player Branislav Ivanovic when he was on the decline at Chelsea.

Chelsea have accumulated five points so far this term after a mixed start to the new Premier League season as Frank Lampard still looks for his first win at home.

The Spanish international has been a mainstay of the Chelsea team for seven years but he has been on the receiving end of some flak this season.

The Blues drew 2-2 at home to Sheffield United over the weekend and Cascarino thinks Azpilicueta looked tired throughout the fixture.

“I remember watching Chelsea a few years ago and realising that Branislav Ivanovic — who had been such a key player — had lost his pace and was now a liability,” Cascarino wrote in his Times column.

“I’m starting to wonder if this season will see the same thing happen to Cesar Azpilicueta.

“All of Sheffield United’s threat came down the right flank and he looks tired — he has played a lot of football in the past two years.

“It’s understandable that Frank Lampard wants an experienced man in his young team but it may be time for a rest.”