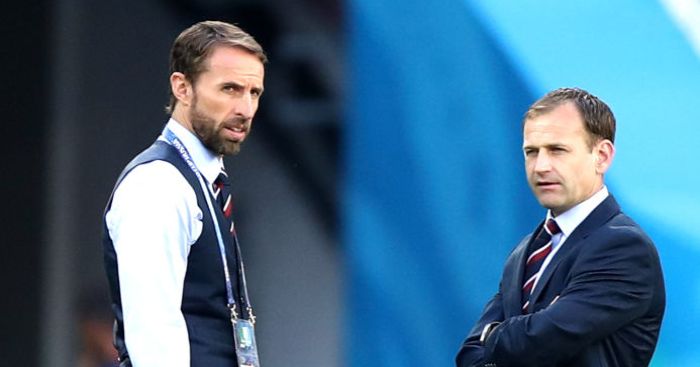 Un-B-lieveable. Even in the Coronavirus, B teams refuse to go away. It’s time they were buried for good.

It was inevitable that within weeks of the Coronavirus kicking in, spreading uncertainty and fear throughout the game, Premier League B-Teams would rear their ugly heads as a skewed solution to maintaining the football pyramid.

Dan Ashworth, or Bobby Buzzword as he should have been christened, the man who when Technical Director of the FA couldn’t mould a senior team to get past Croatia despite an unprecedented Premier League period of wealth and talent funnelling, comes armed with a message.

‘Premier League ‘B’ teams could be called upon to save EFL warns ex-FA chief Dan Ashworth,’ reads a John Cross piece in the Daily Mirror, something about as welcome to lower-league fans as a judo exhibition in a social-distancing supermarket queue.

Obviously Ashworth, now at Brighton, couldn’t bring himself to suggest a basic redistribution of funds in the game to correct football’s historic mistake of a breakaway league in 1992 which flew in the face of sporting values. Instead, another eureka moment about as bright as those tiny lights from primary school electricity circuit sets.

“A few years ago, we explored strategic loan clubs, B teams, partner clubs, those sort of things… Maybe things like that come back on the table because if there is a shortage of money and everybody has to cut their cloth accordingly.’

Alas for Dan, all were ideas kicked to the kerb by supporters and antagonised clubs back in 2014 when Greg Dyke first suggested the creation a new League Three combining the top half of the Conference and ten Premier League B sides as part of his England commission. Quite what Dyke was doing heading up the FA after making a hash of the breakaway Premier League in 1992 is anyone’s guess but his bastard child of a document to bring more opportunities to young English players was met with outright derision by those that keep the industry going: the supporters.

Even the backdoor route of B teams in the Football League Trophy was met with the most committed and organised boycott of matches in English football history, with eerie grounds and a soundtrack by Half Man Half Biscuit.

“Strategic Loan Partnerships” and “partner clubs”? Another buzzword fest and one of Ashworth’s pet ideas. It basically means far greater levels of control and brand influence for Premier League clubs, yet has still not answered the basic question of ‘why don’t you just loan out the players you don’t use like you used to?’

Meanwhile Ashworth’s suggestions of “ground sharing” and “artificial pitches” add up to little more than the EFL becoming a permanently second-class product. Will the Premier League be considering plastic pitches? Will they bollocks.

Again, the one line of any use from Alan Sugar on football comes to mind: on the “prune-juice” effect of money in football and how lower-league clubs should have been built up with proper funding and youth provision during the big-money era rather than being handed just about enough cash to live on and their academies pillaged by the Elite Player Performance Plan.

Ashworth’s ideas are like finding a sinkhole of funding in the English game and trying to plug it with sherbet. He’s flogging a Red Rum level of dead horse in B teams. Let’s keep it buried.

As Accrington Stanley chairman Andy Holt, who has been spelling out the need for fairer distribution of English football’s hoarded riches for several years to no avail, said on Saturday morning:.

And so it begins. Newspaper articles giving football clubs a way out.

I should have been a clairvoyant….

‘If you want help from the @premierleague what are you prepared to give’ said the @EFL board. (before Rick Parry’s chairmanship)

Meanwhile, fans steel themselves for a coming fight. Many would rather their clubs play in the park than take part in a B team-riddled league of soul death.