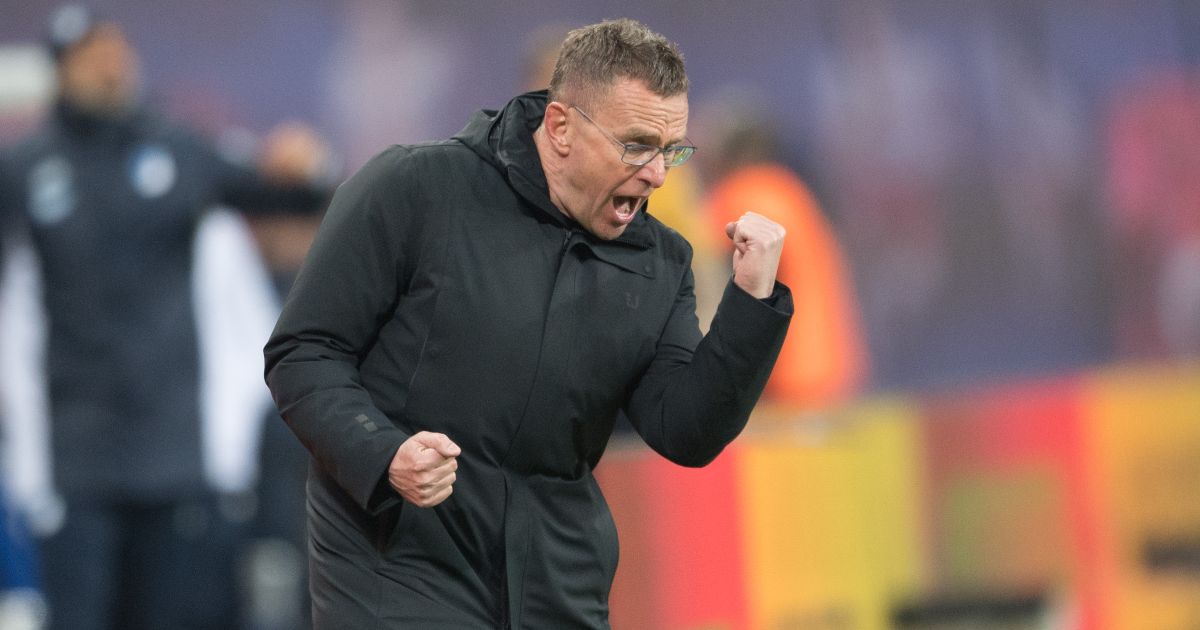 Demba Ba claims new interim Man Utd boss Ralf Rangnick is a “special” manager who surrounds himself with “A+ people”.

The German will be in charge at Old Trafford until the end of the current season before moving into a consultancy role for two years.

Rangnick has got off to a solid start at Man Utd with a 1-1 draw against Young Boys in the Champions League sandwiched in between two 1-0 wins in the Premier League against Crystal Palace and Norwich City.

The top ten Premier League players of the year 2021

And former Newcastle United and Chelsea striker Demba Ba – who was coached by Rangnick at Hoffenheim – fully expects the new Man Utd boss to be a success in the Premier League.

Ba – who wants to become one of Europe’s best sporting directors –  has been learning from Rangnick and told the I newspaper: “I’m a student of Ralf; with him it’s like I’m in the library. When he opens up, I read.

“People often say, ‘Let them do their own mistakes so they can learn’. My big problem – why do we only learn from mistakes?

“If Ralf can save me five years by telling me, ‘There’s a trap here, there’s a trap there’, I’m going to take it. He is scary: he has so much knowledge of the game and so much energy. He never stops.

“When I was speaking to my wife when I was in Moscow, I would drop her a text at 11pm to say, ‘Let’s speak when I’m finished with Ralf’. Then I finally tell her at 2am, ‘I’m back in my room for some sleep’. Then it’s back for breakfast at 9.30am – and that’s Monday to Monday.

“He told me when we started, ‘I am an ‘A’ person, but I surround myself with A+ people’. That’s what makes him so special. He’s so confident that he doesn’t hesitate to surround himself with people who are going to improve him.

“He always told me: ‘Don’t be a ‘B’ person, because they surround themselves with Cs and Ds because they are scared’. One of his big skills is seeing the A+ people and bringing them along with him. He has a power of conviction that is tremendous.

“I saw him speaking with players to tell them what he wanted them to do and it is a method of communication which is so different. It is tailored to the individual and is about improvement. There are not many people who can bring that level of detail to their coaching or their direction, and you can see the players buy into it. I could see the improvement from day to day and the way the players were changing.

“He did it with me when I was a player. When you see the whole plan that he sets out to you, you cannot say no. I knew then that this guy was special.”