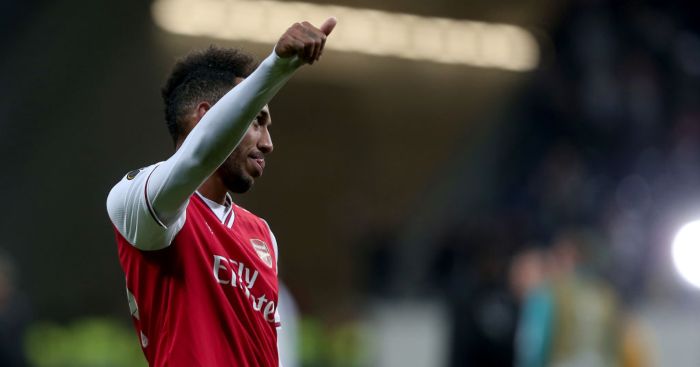 Southampton v Bournemouth
South coast derby time on Friday night and both teams will fancy the job here after decent enough starts to the season. There should be goals too, given that Bournemouth have managed just two clean sheets from their last 16 league games on the road.

Leicester City v Tottenham
The Foxes’ a*ses clearly nipped at Old Trafford last week as they suffered their first defeat of the season but they should be bang up for this and can’t be ruled out against a Spurs side who are leaking goals. This is a fixture that traditionally sees plenty of onion bag action and I quite like the 5/2 on offer that there’s a penalty awarded at the King Power.

Burnley v Norwich City
The Canaries have not kept a clean sheet for 12 matches. But never mind that. I had a big argument with my dad on Wednesday about the plight of my finances and my steadfast refusal to sort my life out. He was giving it the old “When I was your age I owned my own house,” nonsense. While I was all like “Shut the f**k up Dad they cost about four grand back then.” They were different, simpler times of course. Space Hoppers. Bagpuss. No way of doing your conkers in-play at the ITF Bulgaria Futures tennis.

Everton v Sheffield United
It’s been quite the week for Sheffield United, and one wonders whether the boardroom upheaval will affect matters on the pitch at Goodison. The Blades have yet to lose away from home this season. Expect that to change on Saturday.

Manchester City v Watford
After that shocker at Norwich (the Canaries were available at 25/1 or bigger for the win before kick off) Pep Guardiola’s side should get back to winning ways against Watford. The Hornets are rooted at the foot of the table and could take a paddling here. Sergio Aguero, who didn’t feature in Donetsk in midweek, should definitely start and looks the most likely first goalscorer. The Argentine is averaging a goal every 51 minutes in the league…*Barry Davies voice*…and you have to say that’s magnificent.

Newcastle United v Brighton
Brighton have impressed so far under Graham Potter, and they look a tasty price at 21/10 to win on Tyneside. There’s been plenty of positivity surrounding Steve Bruce and the way he’s started his Newcastle tenure but it’s a fact that his team are in the relegation zone after five matches. It’s also a fact that Brucie has got a face like a camel chewing toast.

Crystal Palace v Wolves
The Eagles have scored only three league goals this season so you may think only a lunatic would tip them to beat Wolves. I am that lunatic.

West Ham v Manchester United
The Hammers won this fixture 3-1 last season and were very comfortable. The bookies are rarely wrong though and have the Red Devils as hot favourites here. On Thursday night Ole Gunnar Solskjaer’s team recorded back-to-back wins in all competitions for the first time since March 2019.

Arsenal v Aston Villa
Arsenal blew a two-goal lead at Watford last time out and you wonder just where they would be without Pierre-Emerick Aubameyang. The striker has ten goals in his last ten league games. He’s managed a goal or an assist every single game this season. The man is essentially a cheat code.

Chelsea v Liverpool
This weekend I will definitely be going in heavy on Liverpool to beat Chelsea. The Merseyside giants are five points clear at the top of the table and their odds of delivering a first league title to Anfield in 30 years have been trimmed as a result. They are averaging three goals a game and few teams seem able to cope with Mohamed Salah, Roberto Firmino and Sadio Mane. This weekend I will also be updating my CV, as last night I found out that I can fit 11 Doritos into my mouth at once.