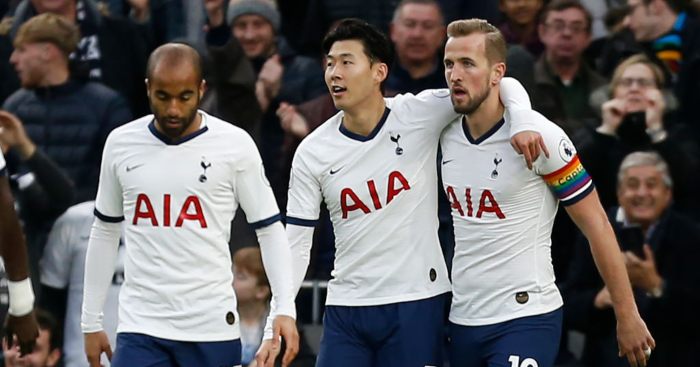 Everton v Arsenal
As much as it’s been a sh**pipe of a season for Arsenal thus far they are actually aiming for back-to-back away wins as they attempt to go level on points with Manchester United in sixth. But it won’t happen. Everton – with Big Dunc possibly down to just his skimps if it’s hail-stoning – have got this.
Betting: Everton to win at 11/8

Aston Villa v Southampton
Coin toss job this. However, regular readers of this page will know I’ve got a man crush on the the boy Grealish. Smooth, suave, sophisticated. Can drop the shoulder like a young Chrissy Waddle. Pork, turkey, glazed gammon. Ruffled roasties? You get the picture.
Betting: Grealish to score first each-way at 17/2

Bournemouth v Burnley
Such a big game. This is, not literally (thankfully) two stocky and well-wrapped-up vagrants punching each other to a bloody standstill beside an empty bottle of sherry. In the immortal words of Efan Ekoku ‘Love isn’t an act, it’s a whole life’.
Betting: Half-Time Draw at 6/5

Brighton v Sheffield United
Fact. Neal Maupay has scored seven of Brighton’s 21 goals this season and could become the first player to score in four consecutive Premier League matches for the club. Like, ever.

Also fact. Ketchup originated in China as a boiled-down brine of pickled fish and spices called ‘ke-chiap’.
Betting: Maupay to score anytime at 7/4

Newcastle United v Crystal Palace
The Mags are missing some key personnel but Palace are, to paraphrase Greta Thunberg, ‘no great shakes’. Draw.
Betting: 1-1 draw at 11/2

Norwich City v Wolves
Wolves are unbeaten in their last six away matches and just look the right thing to do here at a shade under evens. Nuno Espirito Santo’s side continue to fly under the radar as far the the layers are concerned and are massively underrated.
Betting: Wolves to win at 19/20

Manchester City v Leicester City
The Foxes have won their last four Premier League away matches by an aggregate score of 17-1. It’s probably just crazy talk but they are 7/1 to win in Manchester. Obviously you would have to be keeping Kevin De Bruyne quiet but 7/1? Panem et circenses.
Betting: Leicester to win at 7/1

Watford v Manchester United
Marcus Rashford is flying. It’s 14 already this term for the Red Devils and he’s already beat his previous best for any season. In December. 4/1 to score first at Vicarage Road. What’s not to like?
Betting: Rashford to score first at 4/1

Tottenham v Chelsea
Spurs are an absolute knocking bet here at 11/8. Less than a month ago Tottenham were 12 points off fourth and an absolute shambles. But they are flying under Jose now while Frank Lampard’s youthful Chelsea side look vulnerable, having lost their last two in the Premier League against fairly limited opposition.
Betting: Tottenham to win at 11/8