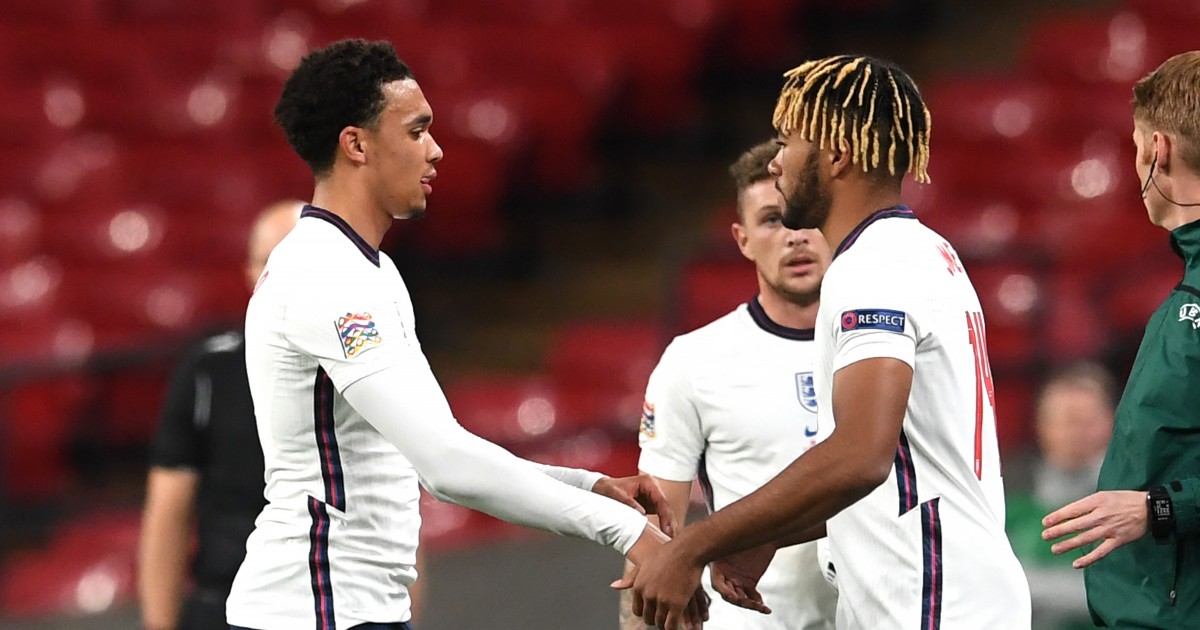 Rio Ferdinand and Michael Owen have waded in on the battle of the right-backs between Reece James and Trent Alexander-Arnold.

Alexander-Arnold assisted both goals as Liverpool beat Atletico Madrid 2-0 at Anfield on Wednesday evening, while James is the top scorer for the current Premier League leaders.

Both players have established themselves as among the best in the position, with Ferdinand feeling James just barely has the edge right now in terms of England prospects.

“I think based on the way that we’ve seen Trent Alexander Arnold’s lack of use, Reece James looks to be in the driving seat,” he told BT Sport.

“In terms of delivery and output they’re both of a high standard, huge ability in both of them – off both feet as well. They both have really varied dimensions in their game which is great, but Trent just has something about him in terms of his finesse and range.

“He’s a fabulous footballer but he’s just got the range of passing that you liken to Steven Gerrard.

“I have to say, talking about the England right-back position, I think it’s a genuine argument for Reece James to play in front of Trent Alexander-Arnold at the moment. For the way he’s playing it is definitely a conversation to be had.”

Michael Owen shared his thoughts, with a particularly damning verdict of a player Gareth Southgate seems to trust more than most.

“I’m baffled. I don’t think Trippier is in Reece James’ or Trent’s league. That surprises me,” he said.

“I can understand why Gareth Southgate chooses a Reece James or a Kyle Walker in certain instances. We have loads of good right-backs.

“Trent benefits massively from the team he is in. When he goes forward, Henderson drops into that area. The full-backs are allowed to go forward. They’re so good centrally at the back. They can defend man on man. James has the stats of a striker. Trent obviously has plenty of assists.

“When I watched England, I was disappointed in the Euro 2020 final because I thought we were a very good team with very good attacking players. I thought Gareth Southgate maybe didn’t have the belief in our team and I think the next stage for us as a nation is to be bolder and to control games. I still felt as if we played too defensive.

“The next stage of our evolution as an England team is to get Trent into the team, attacking full-backs. If we’re going to have a lot of the ball I’d play Trent.

“I’m a big fan of Reece James and I think he’s a slightly better defender. [Alexander-Arnold] has more clubs in his bag than Reece James. I think you’ve got two exceptional players and I’d narrow it down to those two. Yet Gareth Southgate seems to have a real soft spot for Trippier.”