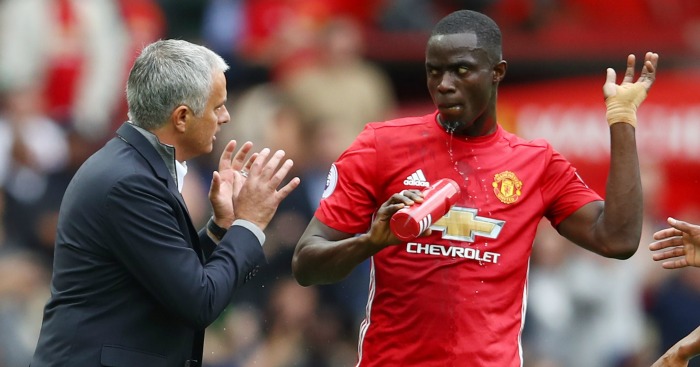 Bailly moved to Old Trafford for £30million, and has enjoyed a fine debut campaign at the heart of the United defence.

The Ivory Coast international is expected to feature in Thursday’s crucial Manchester derby, with United looking to leapfrog fourth-placed City with a win.

Speaking to the Daily Mirror, Bailly explained that he came close to joining Pep Guardiola’s side in the summer before Mourinho intervened.

“I was in the Ivory Coast, I got called from a ­Portuguese number, he ­introduced himself but I just didn’t ­believe it at first,” said Bailly.

“Before I came to Man United, it was City who had been watching me. In my mind, I was going there. But then everything changed.

“It felt like Mourinho was the one who really wanted me. He showed more interest, he rang me and that’s why I’m at Man United.

“Man City contacted my agent, Barcelona as well were talking to my agent, but they weren’t as interested in me as Mourinho. He really pushed for the move.

“Of course the club is ­important when you sign, but the manager is so important. If a player feels like the manager wants you, wants to sign you, it gives you extra motivation.”