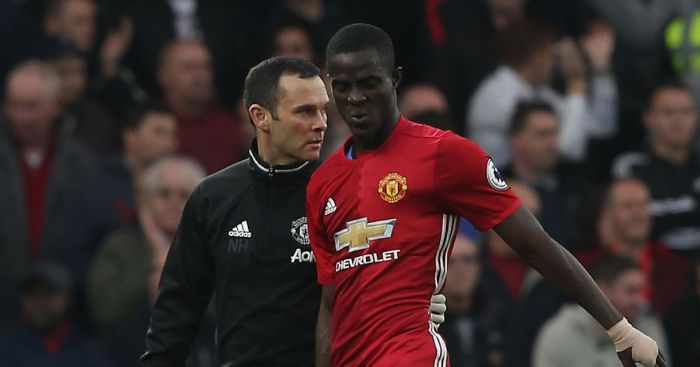 Manchester United are waiting on more news amid fears that Eric Bailly could face a spell on the sidelines with injury.

Bailly started for Manchester United’s reserve team against Everton on Monday night, his first match since returning from the Africa Cup of Nations.

However, Bailly lasted just 58 minutes before being substituted with an ankle injury.

Bailly has his ankle taped up and watched the rest of the match from the bench, but is now likely to be assessed as to the extent of the injury.

His appearance against Everton had already put his availability for Manchester United’s Premier League game against Hull City into doubt, but Leicester on Sunday must also now be in question.