The Chelsea flop wants to leave England after failing to impress in midfield. 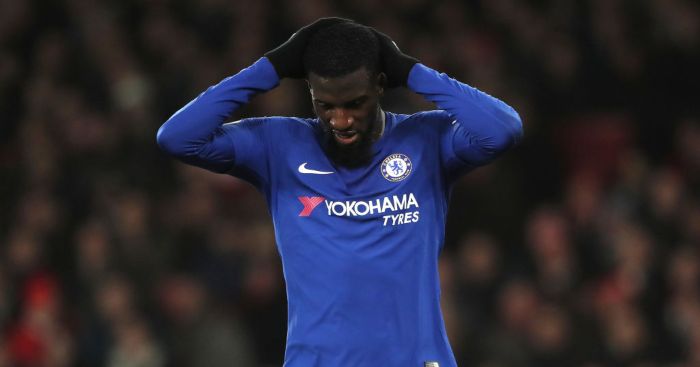 Chelsea’s Tiemoue Bakayoko is reportedly prepared to take a ‘50% wage cut’ in order to force through a return to AC Milan.

The midfielder is seen as surplus to requirements at Stamford Bridge after failing to impress since he signed in 2017.

Bakayoko has spent the last two seasons on loan, which has been a temporary solution for the Chelsea board.

He spent the 2018-19 season on loan with AC Milan and has just returned from his most recent loan spell with Monaco.

According to Gazzetta dello Sport (via Mail Online), the Frenchman is now willing to take a ‘50% wage cut’ to force through a return to Milan.

However, his return may be blocked by Chelsea’s steep asking price. The London-based club want £20 million in order to recoup at least half of the £40 million they paid for him originally.

Milan are not wanting to pay that much, which means another loan deal may have to be struck.

Bakayoko made 31 appearances for Milan in his one season at the San Siro and managed to establish himself in the first team. But his recent loan move to Monaco was largely unsuccessful and only lowered his transfer value.

One-way Chelsea could offload the midfielder is if PSG get involved. The French side are thought to be interested in signing Bakayoko on a permanent deal despite his recent form.

The Ligue 1 champions want to add physicality to their squad, with Bakayoko a prime option. The player is believed to be open to a move to Paris as he was raised there and still has relatives in the city.

Whether AC Milan or PSG sign the 25-year-old, Chelsea manager Frank Lampard will be happy to reap the rewards of his added transfer funds.

The funds will likely be used to fund a move for Bayer Leverkusen’s Kai Havertz or West Ham’s Declan Rice.