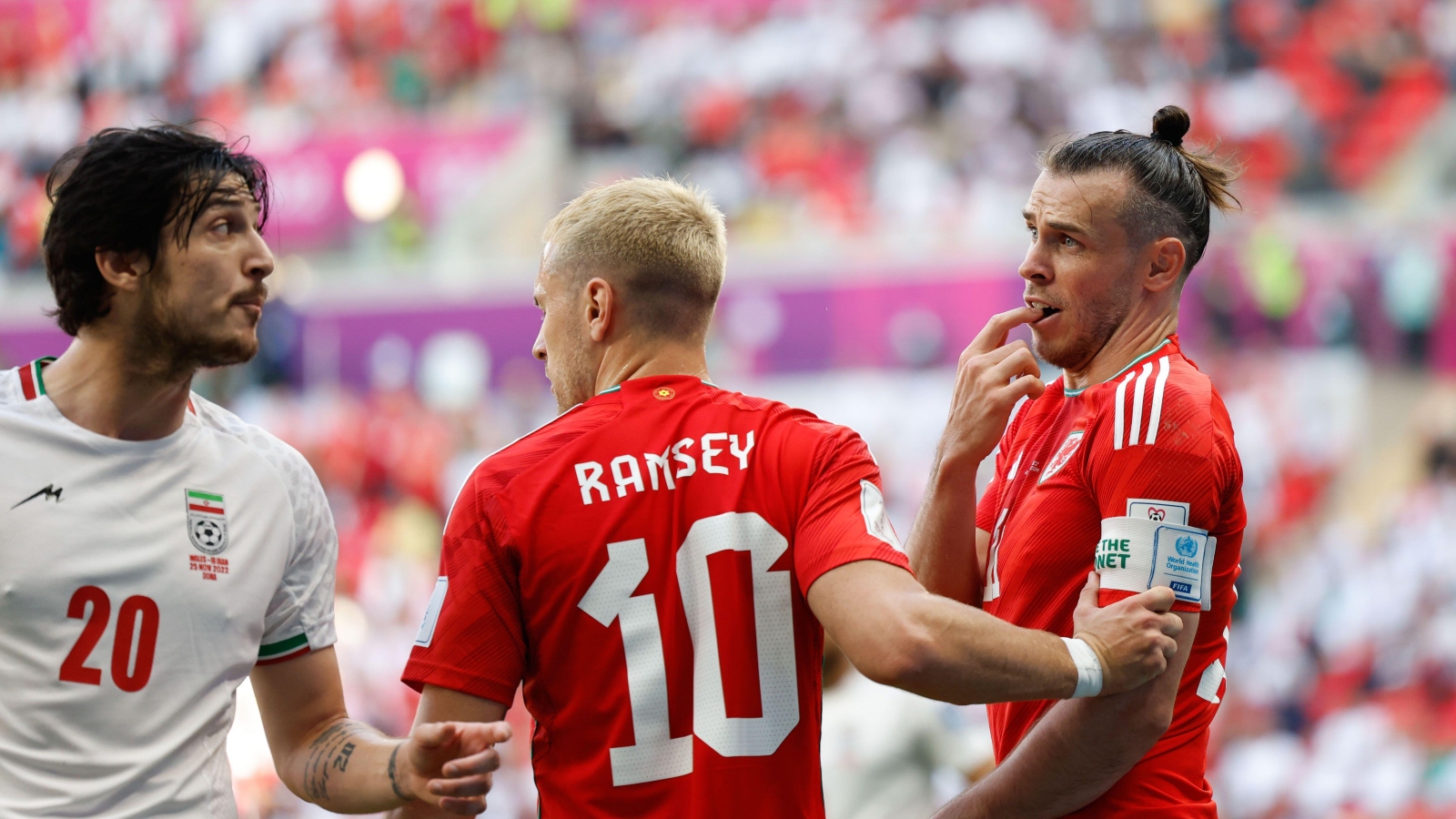 The Dragons have to beat England on matchday three to stand any chance of progressing to the knockout stages of the World Cup.

With the score goalless, Wales goalkeeper Wayne Hennessey was sent off, and the game completely changed.

Iran opened the scoring in the 98th minute and doubled their lead a few minutes later.

Talisman Bale struggled on the day, after a fairly anonymous performance against the United States – despite his goal from the penalty spot.

And Ramsey – who is sporting his blonde highlights after doing so when Wales reached the semi-finals of Euro 2016 – was pretty poor before being hooked for goalkeeper Danny Ward following Hennessey’s red card.

When asked on talksSPORT if he thinks Bale is a “busted flush”, Jordan replied: “I think so.

“I don’t think he was particularly potent or influential against USA besides the penalty.

“The Iranians were poor against England and they were made to look far more significant by Wales because Wales were so poor.”

Jordan then went on to liken Ramsey to old-school Eminem, due to his blonde hair.

“You can dress it up or sugarcoat it, you can turn it into Ramsey posing as Eminem with his bleach blond hairstyle, or you can look at the reality of the situation and Wales had no solution to the challenges Iran advances,” he added.

Jordan continued: “The Welsh sat there having a little sing-song when England got knocked out by Iceland. What goes around comes around.

“Wales came to this tournament to make an impression. It’s a bad one. See you at home.”

READ LATER: Only Iran? It’s Cymru home without another Bale out for woeful Wales

He criticised the likes of Kieffer Moore and Robbie Savage for their pre-tournament comments.

“Iran are no mugs,” Agbonlahor said. “They showed that. They deserved the three points.

“Bale didn’t turn up. Moore didn’t turn up. He [Moore] likes to speak about how he wants to knock England out but doesn’t show it on the pitch. Bale was poor. Him and Ramsey didn’t even get on the ball.

“Poor from Wales, all the best trying to get a result against England.”

Agbonlahor continued: “How can you have players like Moore saying we want to knock England out?

“Players shouldn’t talk like that, now they’ve got their medicine and England will give them a good beating next week.

“You had Robbie Savage saying, ‘It’s only Iran, what are England so buzzing about?’ So why couldn’t Wales beat them?”

Wales need a huge performance against England on Tuesday evening and know a defeat or draw will see them eliminated from the tournament.

An England win against the United States on Friday will see the Three Lions secure a spot in the last 16 in Qatar.

Should they rest players against the Dragons, Rob Page’s side could stand a chance.

A draw between USA and England is not a bad result either, though Wales know Gareth Southgate’s players would go into their encounter needing a result.