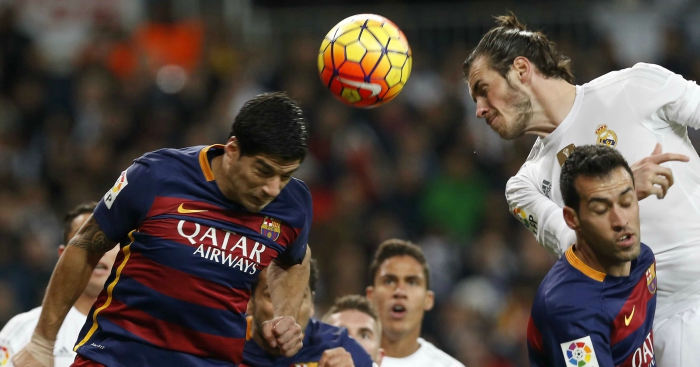 Whenever Real Madrid and Barcelona meet, there are always plenty of plots and subplots surrounding the fixture. This Saturday’s clash at the Bernabéu is no exception – in fact there may even be more than usual.

The timing of the game is delicate to say the least, as it takes place just two days after the Catalan regional elections, which were called by the Spanish government after the suspension of north-eastern region’s autonomy following an unsanctioned referendum.

The ill-feeling between both sides of the Catalan independence debate is encapsulated by the rivalry between Real Madrid and Barcelona. Los Blancos are perceived to be the team of the establishment, while Barça are seen as a symbol of Catalan separatism. Whether either club likes it or not, there will inevitably be a political undercurrent to the fixture.

There have also been a number of more trivial talking points around the game, namely the proximity of the fixture to Christmas, the game kicking off at lunchtime in a naked attempt to appeal to audiences in Asia, and Barcelona’s decision not to offer Real Madrid a guard of honour following their recent triumph at the Club World Cup.

On top of this, the build-up has included plenty of chat about the renewal of hostilities between Sergio Ramos and Gerard Piqué, which the media like to paint as Spain v Catalonia on an atomic level.

The interminable Lionel Messi v Cristiano Ronaldo debate has also reared its ugly head once again, but I won’t waste much time on this bizarrely partisan argument, other than to lament the fact that some people are unable to simply enjoy having two of the greatest players ever to walk the earth playing in the same era.

Although both Ronaldo and Messi will no doubt have a big part to play in the game, perhaps more intriguing will be the roles played by their supporting actors – Gareth Bale and Luis Suárez.

Not universally loved by Real Madrid fans, it has been very much a case of ‘absence makes the heart grow fonder’ for Bale. His absence through injury for most of the first half of the season has coincided with a difficult time for Real Madrid, and many fans have recognised that the Welsh forward could have made the difference in many of the games in which they struggled. He even seems to have been replaced by Karim Benzema as the Bernabéu crowd’s preferred whipping boy.

Tantalisingly, Bale has looked very sharp in the brief cameos he has been afforded since recovering from his latest injury. He came on in the Copa del Rey tie against Fuenlabrada last month and scored with his first touch, then repeated the feat against Al Jazira in the Club World Cup last week.

He is expected to start on the bench against Barcelona as he is not quite at full fitness, but the glimpses of brilliance he has shown coming off the bench since his return from injury suggest he could have a role to play as an impact sub if Zidane needs someone to turn the tie in Madrid’s favour.

For their part, Barcelona will be buoyed by the timely return to form for Luis Suárez. At times this season, the Uruguayan has looked like an empty shell of the man who scored 69 league goals in the previous two campaigns.

Before his confidence-restoring brace against Leganes last month, he had gone nearly nine hours of football without scoring. Since then, he has scored six in his last five La Liga games, including finishing off a phenomenal team goal against Deportivo on Sunday.

Now he is back in form and firing again, he has helped take some of the load off Messi, on whom Barça have been somewhat over-reliant this season. If he can extend his superb run of form into this weekend, he could be instrumental in hammering the final nail in the coffin of Real Madrid’s title hopes.

Once all of the pre-match hullabaloo has died down and the two sides are able to get down to business, it promises to be an absorbing tie. Nothing but a win will do for Real Madrid, while a win for Barcelona would put them out of the reach of their arch-rivals. While both sides are replete with potential match winners, don’t be surprised if it’s Bale or Suárez who ultimately tips the balance of the tie in their side’s favour.