Home All The News Bale has brushed off golfer claims, says his agent 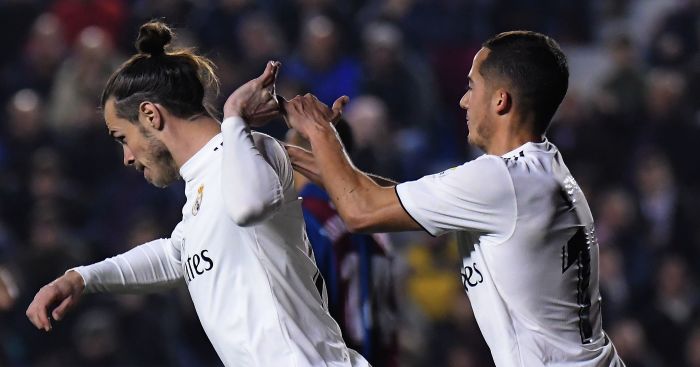 Gareth Bale’s agent has responded to recent criticism of the Wales international coming from the Spanish media.

Bale has been under fire of late from the Madrid media, but his agent Jonathan Barnett has told ESPN that he’s not been affected by the criticism, which has been coming from various media outlets.

Marca recently reported that Bale had been upset by interviews given by team-mates Marcelo and Thibaut Courtois in which it was revealed that he does not speak much Spanish in the dressing room and is nicknamed “the golfer”.

Barnett though stressed Bale, who has been linked with Man Utd and Chelsea on and off for 18 months, had “no problem” with any of his Real team-mates.

However, he was criticised again after coming on a substitute with the score at 1-1 and scoring the match-winning penalty against Levante on Sunday.

He appeared to shun attempts by his Real team-mates to celebrate the goal, and was heavily criticised by AS, who accused him of a “deplorable attitude”

“He was ecstatic when I saw him in the dressing room having got his goal,” coach Santiago Solari said after the match. “That’s all your speculation because he was waiting to come on. I told him to wait.”

While Barnett confirmed the 29-year-old was fine in the Spanish capital: “As always, Gareth is OK. This rubbish does not bother him.”

Bale has started only two of Madrid’s eight games since returning from injury and the former Spurs man was the hot topic at yesterday’s press conference ahead of tonight’s Copa Clasico with Barcelona.

Solari dampened any suggestions of dressing-room disharmony as Los Blancos prepared for the visit of Barca with the tie delicately poised at 1-1 following the first leg at the Nou Camp.

“We are all standing united in the hope of winning as a team tomorrow,” the Real Madrid coach said at a press conference.

“There are many places where you can focus your attention. We are looking towards the match.

“We have already spoken about Gareth (after Levante), our focus now is on tomorrow’s game and we hope to live up to the demands of the tie.”