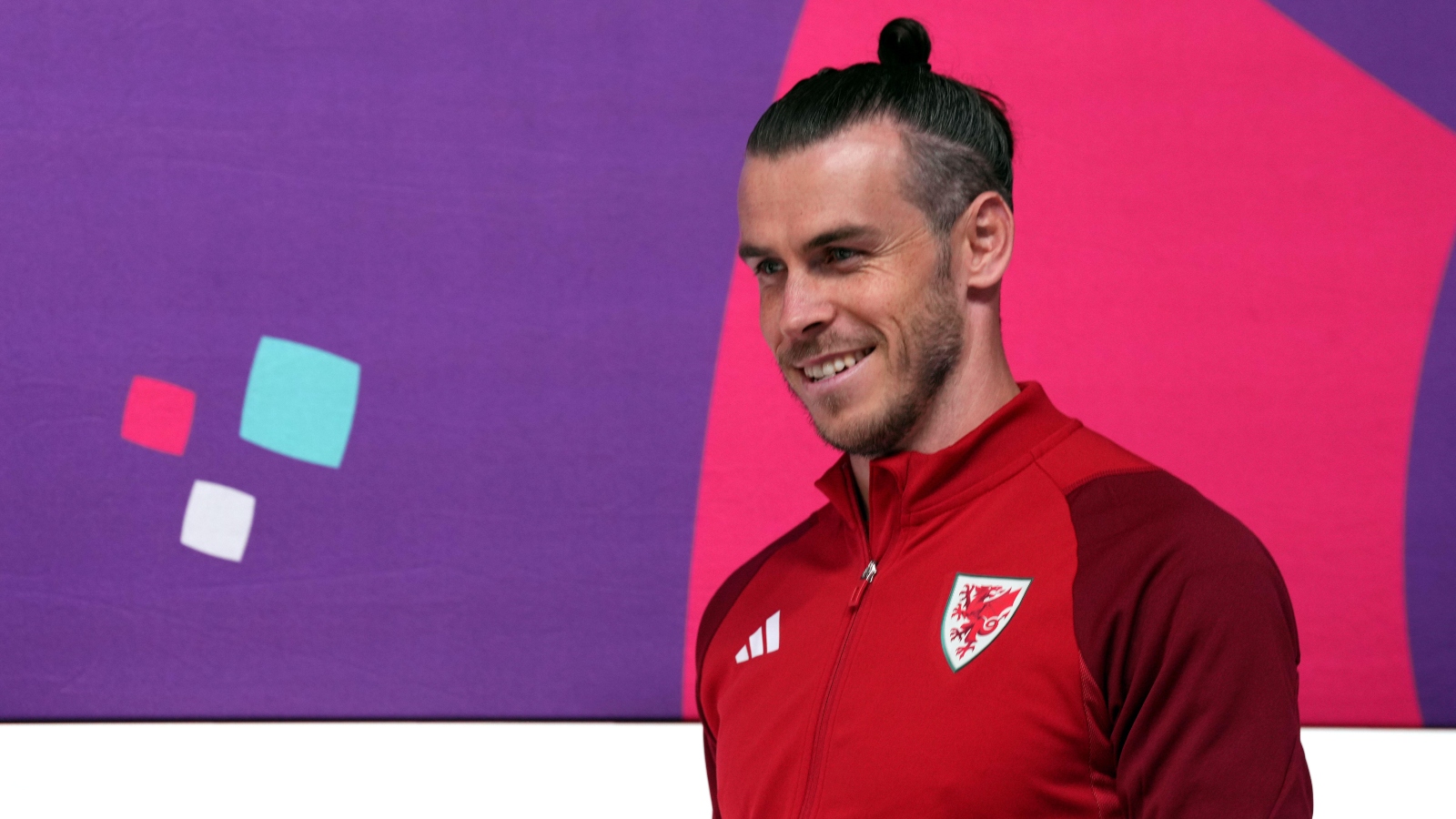 Gareth Bale says it will be an “amazing achievement” when he becomes Wales’ most capped men’s player in history against Iran at the World Cup.

Bale is set to overtake Chris Gunter, who will be among the substitutes for Friday’s encounter, and win his 110th cap at the Ahmad Bin Ali Stadium in Doha.

Wales have been boosted by the return to fitness of midfielder Joe Allen, out since mid-September with a hamstring injury, as they enter must-win territory following Monday’s 1-1 draw with the United States.

Bale, who made his Wales debut in 2006 and is his country’s record scorer with 41 goals, said: “I haven’t really been focusing on the cap thing to be honest, just trying to focus on the game.

“On a personal level it’s an amazing achievement, it’s an honour to represent my country so many times.

“But it’s more important that we try and get the victory. Hopefully we can and it’ll make it even more special.”

Bale played the entire game against the USA which, like so many in this tournament, went well beyond 100 minutes due to stoppages and substitutions.

The 33-year-old said in the month leading up to the World Cup that he had been dealing with a “few little issues” and he had only played 30 minutes of football before the USA opener.

But Wales manager Robert Page, asked at his own pre-match press conference about the possibility of resting Bale against Iran, said: “Good luck not picking him.”

Page insisted Bale was ready for Wales’ second group game, even if the player himself admitted such an energy-sapping match to open with was not ideal due to the quick turnaround in fixtures.

Bale said: “I’m feeling OK, obviously it took a few days before I could feel my legs again.

“But we are professionals, we try to recover and do the best we can. Playing 104 minutes, or whatever it was, isn’t ideal when you’ve got a game four days later.

“Everyone is doing all they can to recover for the next game. I’ve not played loads before I came here, but I’ve dealt with it before and it won’t be a problem.”

Wales are confident of handling the early-afternoon heat in Doha, with the temperature expected to be around 29 degrees Celsius when the game kicks off at 1pm local time.

Training has been tweaked in recent days with Wales starting earlier to acclimatise themselves to the hot conditions.

Bale said: “It’s warm, it’s not crazy warm. Training is different to a game as the intensity is different.

“We have a plan as a squad on nutrition and hydration. As long as we can execute that, it will put us in a better position to deal with the heat and humidity.”

Page has a full squad to choose from after Allen, who began training with the main group on Wednesday, was passed fit.

“Joe got through his fitness test, so that’s good news. He’s fit and raring to go,” said Page, who is set to hand Kieffer Moore a starting spot after the striker came off the bench to spark Wales’ revival against the USA.

“We were all concerned about him because of the extent of the injury.

“He kept breaking down. We had to meet targets along the way and they’ve met every target. Last week they pushed him to 100 per cent. It was a gamble.

“If he’d have broken down he would have been completely out of the tournament.”