Home All The News Bale needs his confidence boosted by Jose, says Redknapp 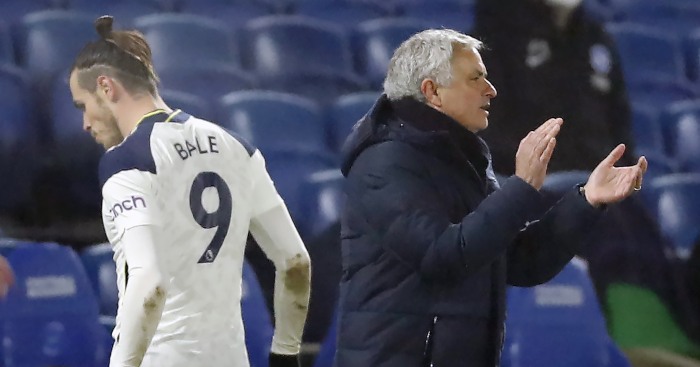 Gareth Bale is not “an overconfident person” and Jose Mourinho needs to work to get the best out of him, according to Harry Redknapp.

Bale rejoined Tottenham this summer after spending seven years in Spain with Real Madrid. He scored 105 goals for Madrid from his 251 appearances.

The Welshman has struggled to hit the ground running for Spurs so far this season. He has played 15 times since returning and he has scored four goals.

But most of his outings have come in Europe and in cup competitions. He has only started twice in the Premier League this term. His second league start came against Brighton as Spurs fell to a disappointing 1-0 defeat.

Speaking on Sky Sports, Redknapp claimed that Bale needs good man-management to get the best out of him:

“He’s hardly had a chance, to be fair to him. He didn’t play well against Brighton, but who did? He was no worse than anyone else.

“Gareth can play, again. You’ve got to know him. As great a player as he has been, he was in the top five players in the world when I had him and he went to Real Madrid. He’s not an overconfident person.

“You’ve got to get into him, tell him how good he is, get him out on the training ground, put a dummy against him, get the worst player you’ve got to defend against him, and keep giving Gareth the ball.

“Tell him you’re going great, I want to get you going. He can play, he’s a fantastic talent. He’s only 31, he doesn’t drink, he doesn’t smoke, has he lost his pace? He’s not had a run yet.

“If the team was playing well and Kane was on fire, he’s on form with Son, what a forward line that could be. Jose’s a top manager, it’s his job to get the best out of these players. They’re bringing people on in front of Gareth Bale who couldn’t lace his boots.”