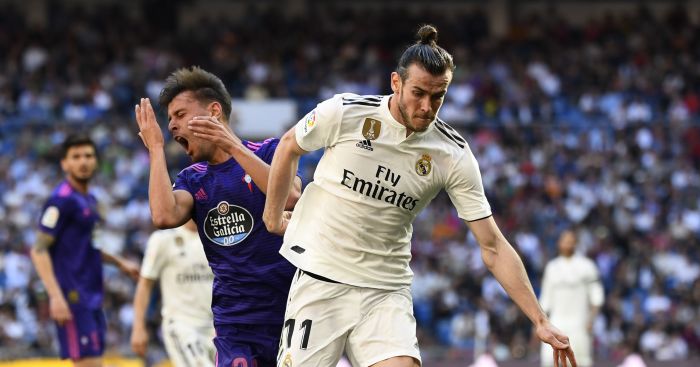 Gareth Bale needs to show he can be a “positive a***hole” if he wants to succeed at Real Madrid, according to Rafael van der Vaart.

The Welsh international has been received plenty of grief from Real fans over the past month or so, with Bale being jeered when he was replaced during their defeat at home to Barcelona on March 2.

That has led to renewed speculation that Bale could return to the Premier League this summer with Manchester United heavily linked.

However, Van der Vaart – who played for both Tottenham and Real Madrid – thinks Bale can bounce back but only if he gets tougher.

“It’s strange, but in Holland we say that sometimes you need to be an a***hole,” Van der Vaart told the Evening Standard.

“You can also be a positive a***hole. He’s worth €100m – they paid a lot of money and he has to do it. In his last year at Spurs, he took every free-kick, he decided everything.

“That’s what he has to do now. I realise it’s difficult, because you have so many good players, but he should do it more.

“Gareth is an amazing player but he’s a person that has to feel the confidence. He has to feel he is welcome.

“But I know Real is a difficult club if you don’t perform. It doesn’t matter if you’re [Cristiano ]Ronaldo, Bale or Van der Vaart — they’ll throw you out after just one year.

“You have to deal with it, and I don’t know if he can do that. I know him as a person and, with a Spurs hat, I always hope he’ll say, ‘Okay, I’ll come back’.

“I don’t think it’s going to happen, but that would be a nice story.”