Bale has been left out of the Real Madrid squad set to face Man City in the Champions League. 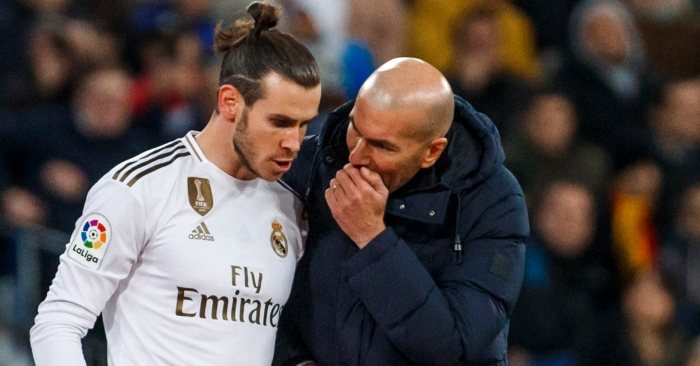 Gareth Bale “wants to return to the Premier League” amid his ongoing issues under Zinedine Zidane at Real Madrid.

The 31-year-old last appeared for the La Liga giants in a 2-0 win over Real Mallorca in June and has been left out of the squad set to face Manchester City in the Champions League.

It seems he has no future at Madrid, but Spanish football expert Alvaro Montero claims Bale only wants to return to the Premier League, and will struggle to find an English side willing – or even able – to pay his huge wages.

“We have to remember that, in the last nine games in La Liga, Zinedine Zidane only counted on Gareth Bale for one game,” he told Sky Sports.

“One year ago, I was in Washington with Zidane, the day he said it’s better for him [Bale] to go today, better than tomorrow.

“The truth is there was only one option – China [Jiangsu Suning made an offer for Bale last summer]. He didn’t want to go to China.

“He wants to return to the Premier League, but he earns €70m [five-year contract] at Real Madrid.

“There’s no club in the world, after a player that has been two seasons without playing more or less, who can pay for that. It’s a lot of money.

“So, I think it’s going to be a tricky situation but I am afraid he’s going to stay at Real Madrid.”