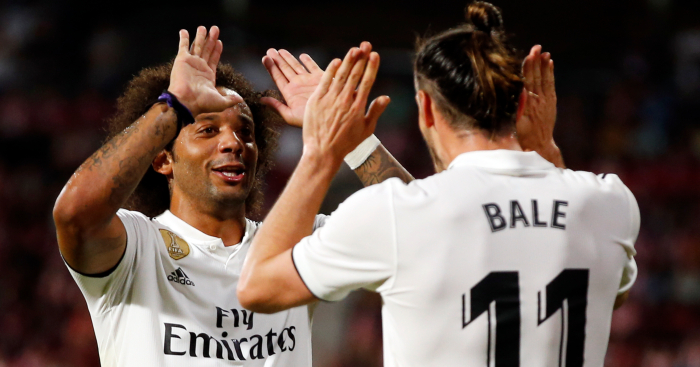 Marcelo says Gareth Bale still does not Spanish after five and a half years at Real Madrid.

Reports have suggested that Bale remains on the fringes of the Real dressing room despite having made 217 appearances at the Bernabeu.

Marcelo spoke to Marca about the changes at Real since the summer while at the same time offering a possible insight into Bale’s struggles for cohesion with his team-mate.

“I had a very good relationship with Cristiano Ronaldo, his family and his girlfriend. I played nine years with him and it’s normal to be sad.

“[I was also sad] with Kiko Casilla, who was sitting next to me [in the dressing room].

“Every day I was saying, ‘How are you Kiko, how are you doing?’ and now I have no one next to me.

“On the other side I have Bale, but Bale does not speak as he only speaks English and we talk with gestures and I say, ‘Hi, hello and good wine.'”