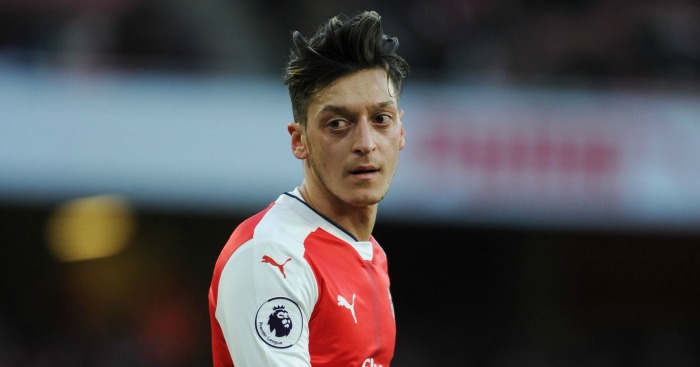 Former Germany international Michael Ballack says that Mesut Ozil must leave Arsenal if he wants to win a major title.

Ballack believes that Ozil should be happy playing in England and living in London, but told him to join Bayern Munichif he seeks meaningful honours.

Ozil will have been at Arsenal for four years by the start of next season, but has only won two FA Cups in that time.

“Mesut is an amazing player. He knows that he is one of the undisputed stars at Arsenal,” Ballack told Sport Bild.

“A lot of clubs would love to have him.He lives in London, one of the most beautiful cities ever.

“To this end, Arsenal is a club that has an incredible impact on the world.

“If you are a top player in England, the cult around you is bigger than in Germany.

“You are treated more respectfully, especially. These are all reasons for an extension.

“But if he wants to win a major title, he has a bigger chance to achieve that at Bayern.”

"Let me throw Arsenal’s midfield at you. Oxlade-Chamberlain, Iwobi, Ozil. How can you win titles with that?“