Home All The News Ballack: Three reasons why Bayern will beat Dortmund-like Chelsea 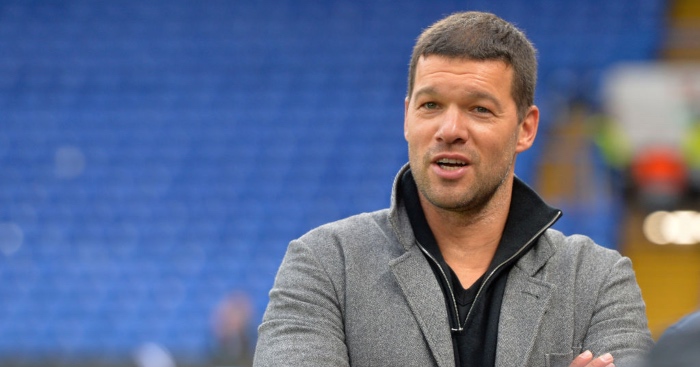 Former Chelsea star Michael Ballack claims Bayern Munich are favourites for the Blues’ clash with the German giants in the Champions League later this month.

Frank Lampard’s side will go into the tie on the back of key Premier League games against Manchester United and Tottenham, with the first of the two Bayern match-ups coming at the end of a week that could make-or-break their season.

And Ballack believes Chelsea’s relative youth, Lampard’s inexperience as manager, and Bayern’s stability, means the Bundesliga giants will come out on top.

“Bayern are favourites, for many reasons,” Ballack told the Express.

“Experience speaks strongly in their favour.

“Chelsea’s transfer ban has compelled them to put their faith in young players.

“Their manager is new and inexperienced in his job, and that is a big advantage for Bayern.

“The performance levels of Bayern’s players are another plus for them.

“They are more stable than they were last autumn.

“Chelsea have a young team, which has the potential to explode.

“They have mostly young players, a bit like Borussia Dortmund.”